Sunday Inspiration from The High Calling: Avoiding the Trap of Self-Reliance

By Mark D. Roberts
Avoiding the Trap of Self Reliance
Psalm 30:1-12

When I was prosperous, I said,
“Nothing can stop me now!”
Your favor, O LORD, made me as secure as a mountain.
Then you turned away from me, and I was shattered.

Self-reliance is quintessentially American. Our heroes are those who
found strength in themselves to accomplish greatness. They didn’t depend
on others. At least that’s the story we’ve imbibed.

In 1841, the American philosopher, Ralph Waldo Emerson, published
his seminal essay on “Self-Reliance.” He wrote: “Trust thyself: every
heart vibrates to that iron string. . . .  It is easy to see that a
greater self-reliance–a new respect for the divinity in man–must work a
revolution in all the offices and relations of men; in their religion;
in their education; in their pursuits; their modes of living; their
association; in their property; in their speculative views.” Rather than
relying on anything external, even God, we are to depend on ourselves
and the divinity that resides in us.

David was snared by the trap of self-reliance. In Psalm 30, he
writes, “When I was prosperous, I said, ‘Nothing can stop me now!’ Your
favor, O LORD, made me as secure as a mountain. Then you turned away
from me, and I was shattered” (30:6-7). When things were going well for
David, we began to believe in his ability to control his own life, to
accomplish anything he sought. But, in fact, it was the Lord who had
made him “secure as a mountain.” So when God hid his face from David,
his life fell apart. He realized that his prosperity was not a result of
his own cleverness. Rather, it was a gift from God.

Have you ever experienced anything like this before? I know dozens,
probably hundreds, of people who have lived David’s story. When things
were going well in their lives, when their businesses were thriving,
when their children were “good kids,” when their health was excellent,
they began to think of all of this as a result of their own doing. But
then reality came crashing down like a tidal wave, washing away the
fiction of their self-reliance. Like David, they came to realize that
they were meant to live in daily dependence upon God, honoring him in
all they do.

QUESTIONS FOR FURTHER REFLECTION: When have you
experienced something like David describes in Psalm 30:6-7? Why do we
tend to receive God’s grace and then think it’s something we have
deserved or accomplished on our own? What helps you to rely upon God and
his strength?

PRAYER: Dear Lord, you know how much I am like David.
Though I might try to blame others for my failures, I certainly claim my
successes as my own. I can easily fool myself into thinking that I can
and should rely upon myself. Forgive me for such arrogance!

Lord, in this day, other powers would seek to take your unique role.
“Rely on yourself,” we’re told. Or: “Rely on the government.” Or: “Rely
on your financial security.” Or: “Rely on your family.” Indeed, you
have made us as relational people, and there is a measure of reliance in
many relationships. But I will only be the person you have created me
to be when I learn to rely fully on you each day: seeking your will,
strengthened by your Spirit, committed to your kingdom and glory. In
you, Lord, I am strong and free to live life to the fullest, serving you
in all I do.

I pray in the name of Jesus, Amen. 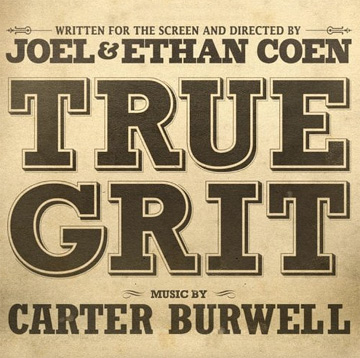