In the News: “Doing God’s Work – At the Office”

Yesterday’s Wall Street Journal featured an article called “Doing God’s Work – At the Office.” It examined the growing movement among Christians to see their work, yes, even their work in secular business, as an opportunity to serve God.

Their mindset is captured by Dave Evans, co-founder of the videogame
giant Electronic Arts and a design professor at Stanford. Mr. Evans
talks more like a theologian than a former Apple engineer. He points out
that Genesis says that humans were created in the image of God, so all
of our work–not just church work–is holy. We are called to be
co-creators, with God, of a flourishing life on Earth. “It is really a
profound act of engaging the kingdom of God,” says Mr. Evans.

When he began work in the 1970s, integrating faith and business
amounted to little more than being ethical and trying to make converts.
Much has changed, he says, as a younger generation seeks to sanctify the
corporate world. “The glory of God,” Mr. Evans says, “is humans fully
alive. Work itself has value. It’s a huge countercultural behavior to
train yourself to value work for its own sake and to see it as a service
to God.”

This weekend, 250 MBA students will gather to consider how they might honor God through their work. The conference is sponsored by Yale’s MBA Christian Fellowship. Though interest in living out one’s faith in the context of work is growing, this isn’t really a new idea. (Photo: David Miller speaking at Laity Lodge.)

The so-called faith-at-work movement has more than a century-long
presence in American business, says David Miller, a former finance
executive and now the director of Princeton University’s Faith at Work
Initiative. Mr. Miller, who helped start the conference when he advised
Yale’s MBA Christian fellowship, says that it attracts people from a
variety of religious traditions who are looking for meaning in what they
do. “The good life isn’t accumulation of things, but it’s what you do
with your gifts and talents,” he says. “People are asking these big
questions.”

If you find this conversation interesting, let me recommend that you visit TheHighCalling.org. This website, a sister ministry to Laity Lodge, where I work, seeks to help people live out their faith in every facet of life. I would also encourage you to check out David Miller’s Faith & Work Blog. 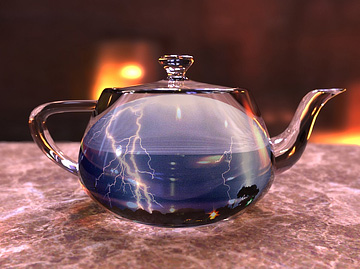 More on the Confession App: Are You Getting Tired of Technology Hype?
archives most recent
More from Beliefnet and our partners
previous posts