Dickens: The Man Who Invented Christmas?

In 1988 the Sunday Telegraph of London gave Charles Dickens the title of “The Man Who Invented Christmas.” If you’re not familiar with the history of Christmas celebrations, this may seem like an enormous exaggeration. But when you look more closely, the Telegraph’s hyperbole turns out to be closer to the truth than you might expect. (Photo: Charles Dickens)

The Context for Writing A Christmas Carol

Of course Christians had been celebrating the birth of Christ for centuries before Charles Dickens came along. And northern Europeans also had their winter festivals, both pagan and secular. But, in England at the turn of the nineteenth century, Christmas had almost vanished from the scene. There were several reasons for this disappearance. In part, the continued influence of conservative Reformed Christians-who believed that people should do only what the Bible commands, and therefore should not celebrate Christmas, especially given its popular excesses-meant that for many in England Christmas was not a valid holiday. Now before you’re too tough on my theological forebears, you should know that some of the popular Christmas celebrations in the sixteenth and seventeenth centuries were a long way from the festive gatherings we associate with this time of year. They were rather like the worst of office parties, rife with drunkenness and sexual license, combined with the hooliganism we see in some extreme celebrations of Halloween. Even many Anglicans were outraged by what they saw. The Reverence Henry Bourne of Newcastle lamented that Christmas was “a pretense for Drunkenness, and Rioting, and Wantonness” (Les Standiford, The Man Who Invented Christmas: How Charles Dickens’s A Christmas Carol Rescued His Career and Revived Our Holiday Spirits, p. 107. If you want the full story of “the man who invented Christmas,” Standiford’s book is an excellent source.)

Anyway, even though English Christians of a Puritan stripe had actually outlawed Christmas in the 17th century during their brief flirtation with political power, their efforts to wipe out the holiday had been largely unsuccessful. The disappearance of Christmas from English culture had much more to do with the social impact of industrialization and urbanization. As large numbers of people left their ancestral villages to move to the large cities, they also left behind most of their cultural traditions, such as the celebration of Christmas. Moreover, in the cities, bosses weren’t inclined to encourage a holiday that meant a day off from work, especially a day of paid vacation. (Ebenezer Scrooge’s reticence to give Bob Cratchit a holiday on Christmas wasn’t that unusual in his day.)

Another implication of big city life in Victorian England was widespread poverty and human suffering. Although many people worked in factories and offices, wages were low and living conditions poor. This was an abiding concern for Charles Dickens, especially in the fall of 1843. Amid his busy writing career, he was working hard to raise support for institutions that educated and otherwise helped the urban poor of England (not unlike the “portly gentlemen” in Stave I of A Christmas Carol).

In October 1843, a trip to Manchester poured fuel on the flame of Dickens’s passion for the poor. As he spoke at the Athenaeum, an institution devoted to caring for the poor in Manchester, Dickens’s heart was strangely moved. Moreover, he had stayed with his beloved sister Fan (the name of Ebenezer Scrooge’s dear sister in A Christmas Carol), who had two young sons, one of whom was frail and sick (not unlike Tiny Tim). So in October, Dickens began to write A Christmas Carol. According to his own testimony, his writing of this short book was rather a spiritual experience.

The Impact of A Christmas Carol

A Christmas Carol was published on December 19, 1843. All 6,000 copies of the first edition were sold by December 22. The book became instantly popular, though the high cost of printing, including the fine illustrations, limited Dickens’s profits. Before long, however, vast numbers of people in England and America knew the story, not only from reading the book, but also from dramatic presentations and many public readings by Dickens himself.

Because our own celebrations of Christmas have been so strongly influenced by Dickens, we can easily overlook his special contributions to our traditions, such as:

• Christmas as a major holiday. At the time of Dickens, it was relatively ignored by most people.
• Christmas as a one (or two) day celebration rather than the traditional twelve.
• Christmas as an occasion for family and close friends to gather for luscious food, singing, dancing, and games. Before A Christmas Carol, turkey was an uncommon on Christmas tables. After the book, it became the meat of choice for this holiday (Standiford, 184-185).
• Christmas as a time for being generous to the poor.

Dickens did not so much invent these traditions as he resurrected them and popularized them. Much of what we assume to be true of Christmas celebrations today derives from the vision of Dickens, especially as portrayed in A Christmas Carol.

In my next post I’ll focus on one of the essential elements in a Dickens Christmas, something I believe we all should include in our holiday celebrations today. 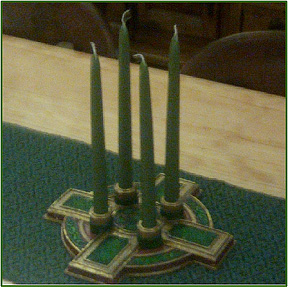