Was Jesus Divine? Early Christian Perspectives – Introduction to the Series

“I’m okay with Jesus being a great teacher and even somehow a heavenly revealer,” a man once said to me, “but I’m just not into this whole notion of Jesus being God. I have a hard time with that one.” Sound familiar? Have you ever heard this? Maybe even said it yourself? Or maybe you haven’t said it, but deep inside you’ve wondered about how Jesus could possible have been divine.

Indeed, the deity of Jesus isn’t one of the easiest of Christian beliefs to grasp, though it is one of the most central, and, I might add, one of the most controversial. If Jesus was just an inspired human teacher, one who pointed the way (or a way) to God, this fits nicely within our contemporary religious milieu. But if Christians claim that Jesus was not merely a human prophet, as affirmed, for example, by Islam, but somehow also the one true God in the flesh, then this sets Christianity apart from other religions. It implies that Christ is not merely one possible way to God, but a unique way. In our world today, this claim can seem arrogant, if not antique.

Today, some folks who aren’t Christians don’t have a problem with the divinity of Jesus because they believe that all people are, in some sense, divine. Like the Gnostics of days gone by, these spiritual folk affirm that a spark of the divine dwells within each person. They claim that we will experience life most fully when we realize that we are all in some measure divine. From this perspective, Jesus’ divinity seems to pose no problem, since, in the end, all people are divine. Jesus is the Son of God? Not to worry, because we are all sons and daughters of God.

But Christian orthodoxy has always affirmed, not that Jesus was divine in a way common to all people, but in a unique way. Jesus didn’t simply have some element of the divine implanted within him. Rather, he was the unique and perfect incarnation of the one true God. Whether people are right or not in their belief about the divine spark in human beings, what is claimed about Jesus is radically different than this belief, even if it happens to be true.

One of the questions people commonly ask when considering the deity of Jesus is: “Where did this idea come from?” Or, to put the question somewhat differently: “Why did Jesus’ followers start thinking that he was, not just a human teacher and savior, but God in the flesh?” This is a crucial question, one that Christians should be able to answer. In this blog series I will attempt to answer this question by examining the historical records from earliest Christian belief. (Photo: An icon of Jesus Christ as Pantokrator, a Greek word meaning “ruler of all things.” From a Serbian monastery in Greece.)

The question of why the earliest Christians believed Jesus to be divine is important, not only as a matter of historical interest, but also because the divinity of Jesus is often rejected today on the grounds that it was not an essential part of earliest Christian faith but a latter addition. Because it came later, many have argued, it can be safely jettisoned, and we can all get back to the most authentic, politically-correct version of Christianity, in which Jesus is an inspired man, but only a man.

You can find this view in scholarly tomes tucked away in seminary libraries as well as in the pseudo-scholarly volumes on Jesus that fill the shelves of secular bookstores today. But one of the most popular vehicles for the dissemination of the “Jesus was just a great guy who later on got divinized” theory was the wildly successful novel The Da Vinci Code by Dan Brown, as well as the movie version starring Tom Hanks. Though the popularity of The Da Vinci Code has waned in the last few years, it still offers one of the most readable and influential statements of the “Jesus was just a man” theories.

Consider the following scene, for example, in which the “scholar” Sir Leigh Teabing explains to the ingénue Sophie Neveu what really happened at the Council of Nicaea in A.D. 325:

“At this gathering,” Teabing said, “many aspects of Christianity were debated and voted on – the date of Easter, the role of the bishops, the administration of sacraments, and, of course, the divinity of Jesus.”
“I don’t follow. His divinity?”
“My dear,” Teabing declared, “until that moment in history, Jesus was viewed by His followers as a mortal prophet . . . a great and powerful man, but a man nonetheless. A mortal.”
“Not the Son of God?”
“Right,” Teabing said. “Jesus’ establishment as ‘the Son of God’ was officially proposed and voted on by the Council of Nicaea.”
“Hold on. You’re saying Jesus’ divinity was the result of a vote?”
“A relatively close vote at that,” Teabing added. (Da Vinci Code, p. 233)

I don’t have the time to refute the myriad of historical inaccuracies in Teabing/Brown’s description of the Council of Nicaea. But, in this present series, I do want to examine closely the historical roots of Christian belief in the divinity of Jesus. In particular, I want to examine historical evidence for the fact that the earliest Christians held Jesus to be, somehow, God in the flesh. I also want to explain why they came to this rather peculiar conviction.

If we find that the earliest Christians did indeed regard Jesus as divine, this doesn’t prove that they were right, of course. They might well have been mistaken. But if the historical record indicates that belief in Jesus’ deity goes back to the first Christians, then the popular notion of his divinity as a late addition to authentic Christianity will be revealed as a fiction. We will be encouraged to reject it, not because orthodox Christians don’t like it, but because it just doesn’t fit the facts.

In the interest of full disclosure, I should at this point mention that I am an orthodox Christian (or at least I try to be) who does in fact believe that Jesus was divine. Naturally, my personal beliefs may impact my scholarship, as is true for every human being, since none of us can be completely objective. Yet, I will do my best in this series to present information that is historically accurate. I have spent a fair amount of my life studying early Christianity, both during my days in graduate school and thereafter. As you read, if you think I’m skewing the evidence in favor of my personal beliefs, you are more than welcome to point this out in the comments or in an email to me.

In my next post I’ll begin to examine some popular theories, some advocated by Christians and others favored by secularists, that seek to explain early Christian belief in the divinity of Jesus. 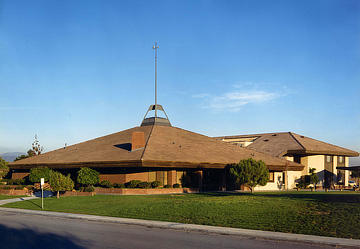 What To Do If Someone Sins Against You: Conclusion (Part 2)
archives most recent
More from Beliefnet and our partners
previous posts