Jesus as the Son of God

In my last post I showed how the picture of Jesus in the prologue of John’s Gospel was drawn on the basis of the Jewish figure of divine, yet with a striking innovation. Whereas the Jewish sages envisioned Wisdom as coming to earth in the tabernacle/temple or the Mosaic law, John professed the incarnation of the Word/Wisdom of God in the person of Jesus (John 1:14). This astounding truth meant that Jesus was uniquely able to reveal God to humankind: “No one has ever seen God. It is God the only Son, who is close to the Father’s heart, who has made him known” (1:18). So the Word/Wisdom of God is also “God the only son.” This suggests that the divine sonship of Jesus was part of what enabled the early Christians to identify him as God. So let us now turn to the issue of the “sonship” of Jesus.

For those of us who are used to referring to Jesus as the “Son of God,” it comes as a shock to realize how rarely this language appeared on his own lips. In fact, in the Gospels “Son of God” is used more often for Jesus by Satan and demons than by Jesus himself (e.g. Matt 4:3, 6; 8:29). Only twice in the biblical Gospels does Jesus refer to himself directly as Son of God:

“Very truly, I tell you, the hour is coming, and is now here, when the dead will hear the voice of the Son of God, and those who hear will live.” (John 5:25)
“This illness does not lead to death; rather it is for God’s glory, so that the Son of God may be glorified through it.” (John 11:4).

We might wonder why, if Jesus was in fact the divine Son of God, he didn’t call himself Son of God more often. An answer to this question is found in the meaning of the phrase “Son of God” among Jews in the time of Jesus. I wrote about this historical meaning in Part 2 of this series. Let me reiterate and expand upon what I explained then. (Photo: A stained glass window of Annunciation Melkite Catholic Cathedral, Boston, Massachusetts, depicting Christ as the King.)

Among Jews in the time of Jesus, “Son of God” did not have the connotation of divinity. Consider, for example, the image of the son of God that emerges from the Old Testament. Through the prophet Hosea, the Lord referred to the people of Israel as a whole as his son (Hosea 11:1). The Jewish king was also called the Son of God. This did not mean the Jews had divinized their king, however. Unlike their neighbors in the ancient world, Jews didn’t regard their kings as gods. For example, God once said about King Solomon: “I will be a father to him, and he shall be a son to me” (2 Samuel 7:14). This did not mean Solomon was divine, however. Similarly, we read this in Psalm 89: “I have set the crown on one who is mighty . . . . I have found my servant David; and with my holy oil I have anointed him; He shall cry to me, ‘You are my Father, my God, and the Rock of my salvation!’ I will make him my firstborn . . . .” (vv. 19-20; 26-27). Surely the Lord was not suggesting that David is divine.

During the intertestamental period, Jews continued to refer to human beings (or in some cases, angelic beings) as sons of God. To cite one example among many, in the Jewish book of Wisdom, the ungodly plot against the godly. Notice the description of the righteous person:

“Let us lie in wait for the righteous man,
because he is inconvenient to us and opposes our actions;
he reproaches us for sins against the law,
and accuses us of sins against our training.
He professes to have knowledge of God,
and calls himself a child of the Lord [paida Kyriou]. . . .
We are considered by him as something base,
and he avoids our ways as unclean;
he calls the last end of the righteous happy,
and boasts that God is his father.
Let us see if his words are true,
and let us test what will happen at the end of his life;
for if the righteous man is God’s child [huios theou], he will help him,
and will deliver him from the hand of his adversaries. (Wis 2:12-13, 16-18)

If Jesus had openly proclaimed himself as Son of God, his contemporaries would not have thought of this as a claim to divinity. They might have understood only that Jesus was touting his own righteousness. More likely, they would have heard a claim to be the promised Messiah, the human being who would lead Israel to throw the Romans out of God’s land once and for all. We see evidence of the messianic meaning of “Son of God” in the gospels. For example, Matthew records Peter as confessing Jesus’ identity in this way: “You are the Messiah, the Son of the living God” (Matt 16:16). Similarly, though in a vastly different context, the high priest who interrogates Jesus prior to his death said, “I put you under oath before the living God, tell us if you are the Messiah, the Son of God” (Matt 26:63).

So, if Jesus had often referred to himself as Son of God, he would have been understood as claiming to be the Messiah, not an incarnation of the Lord. But, even though Jesus surely understood himself as Messiah in an unexpected sense, he almost never referred to himself in this way. Given the true nature of his calling, adoption of the title “Messiah” would have confused matters greatly. The same would have been true for “Son of God.”

Yet, as we read the gospels, we find that Jesus often used the word “son” in reference to himself, not in the phrase “Son of God,” but in the expression “Son of Man.” To this curious title I’ll turn in my next post. 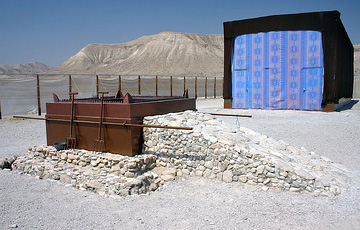 Echoes of Wisdom and the Divinity of Jesus: Part 3
archives most recent
More from Beliefnet and our partners
previous posts