The Long View of Love

Many years ago I found myself in a conflict with a fellow leader in my church. Though I tried everything I could think of to bring reconciliation, I failed. As he was leaving our church, he made sure that many people knew of my shortcomings, or what he perceived to be my shortcomings, at any rate. Some of what he said was probably correct; much of it was unfair. In response to his attacks on me and my character, I wanted desperately to bring this man down, to tell the congregation – no, the whole world – what a nasty person he had been to me. In those days the biblical call to love didn’t seem like a guide for better living. It felt instead like a huge anchor hung around my neck to keep me from sailing where I wanted to head.

More out of a sense of duty to God than anything else, I resolved to love this man to the limits of my ability, and beyond, I prayed, by God’s own strength. So I made sure that my public communications about this man were always positive. I said things about him that were true and kept the negative to myself (and a couple of trusted friends). It was really hard to do this!

I wish I could tell you that my efforts brought reconciliation with this brother. They did not. And I wish I could tell you that everybody in the church realized what a godly saint I was being in contrast to the other man. They didn’t, and some left the church over this incident. If I look at this event only from a short-term perspective, love seemed to lose the day. It seemed naïve and self-defeating to love, perhaps even injurious to the church I was seeking to pastor. But if I look at what happened in light of eternity, I believe that the choice to love was the right one. If nothing else, God was honored by my modest efforts to follow Jesus. Moreover, the painful choice to love helped me grow in my own faith and discipleship. I became more like Christ in some small way, not only in that moment, but also in my eternal soul. Moreover, those in my church who knew the truth, and that included many of my key leaders, saw in my example something that encouraged and instructed them.

Lest I appear to be bragging, let me say that I have often failed to follow Jesus in the way of love. I could collect a lineup of people who would bear witness to my ample failures. And I surely failed in many ways during the season of testing I’m describing now. But God’s grace is able to touch even a person like me. If he can help me to love when I really don’t want to, when my fallen nature says “Get even,” when my pride says, “Bring him down,” then God can help you as well.

So often we Christians have narrow, short-term vision. We look at today as if it’s everything. Yet if we step back and get some perspective, if we look at our lives from God’s point of view, if we think about the fact that God holds all of history in his capable hands, then we’ll be able to live according to eternal priorities. And from this angle, the greatest thing of all is love. (Photo: My grandparents and me about 25 years ago. They were married well over fifty years, with a long-term, committed love.) 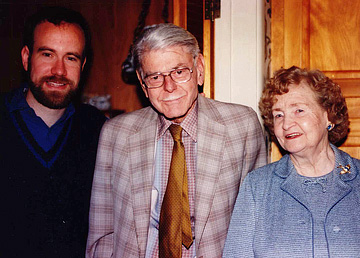 One of my favorite things to do as a pastor is to help couples celebrate their fiftieth wedding anniversaries. There’s something tender about recognizing love that has lasted over the long haul. Often these events are quite romantic as well, and romance of this sort doesn’t worry me in the least. In fact I think it’s great, well, most of the time, anyway. A few years ago I was talking to the wife of the couple whose anniversary we were celebrating. “I’ll bet ‘Jim’ loves you more now than he did fifty years ago,” I said. The woman’s answer just about knocked me over, “Well, he certainly seemed to feel that way last night in bed!” Yeow, I thought, that’s just great, and I’m really happy for you. But that was too much information! Nevertheless, I know that this marriage was sustained by much more than moments of passionate fervor. It lasted because of the sacrificial commitment of both the husband and the wife. Their love, a 1 Corinthians 13 kind of love, had been good for the long haul.

May God help us to give real love its rightful place in our lives. May we learn now to love now in a way that will last forever. 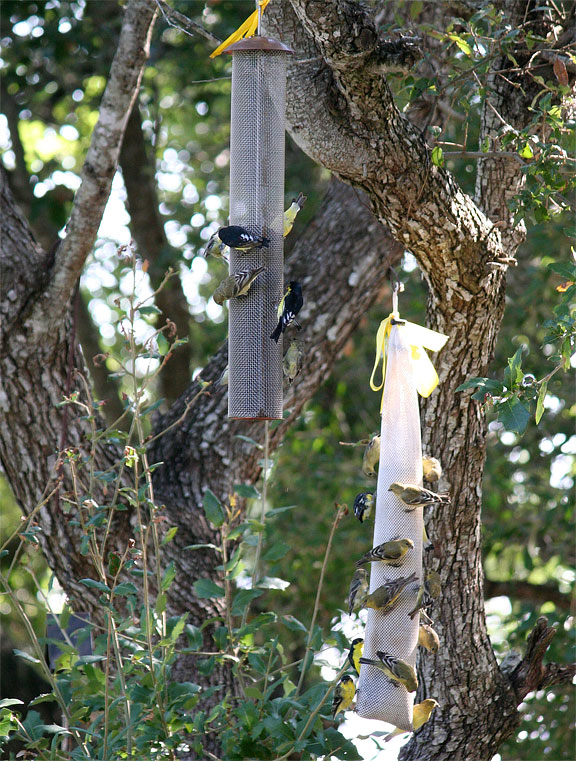 Goldfinches, Anyone?
archives most recent
More from Beliefnet and our partners
previous posts