What Love Is All About, Part 2

The specific problem to which 1 Corinthians 13 was addressed concerned the behavior of some Corinthian Christians in the common gatherings and the attitudes attached to that behavior. In a nutshell, some of the Corinthians got very excited about their spiritual abilities, especially the ability to speak in ecstatic, unknown languages – what we call speaking in tongues. Not only did these folks think they were spiritual giants because they could speak in tongues, but also they looked down upon those who didn’t join them in their spiritual exhibitionism. Some of the tongues-speakers, it seems, may even have questioned whether the non-tongues-speakers were worth having around. This sunk in, and some of the non-tongues-speakers began to doubt their value to the community.

As Paul tried to clean up this mess in Corinth, he began by helping the Corinthians understand the ministry of the Spirit and the role of what he called “gifts” from the Spirit. These are given, Paul taught, not for the sake of the individual, but for the benefit of the community. A person who exercised some spiritual gift in the assembly, whether prophesying, healing, or speaking in tongues, did so only by the power of the Spirit and only for the common good. Spiritual gifts were not, therefore, a way of showing off one’s spiritual prowess.

After laying out some basics on the Spirit, Paul proceeded to talk about the church as a human body. His main point with this image was to help the Corinthians understand that every single member had value to the church, just as every body part is necessary if the human body is to be healthy and whole. As Paul was wrapping up his discussion of the church as the body of Christ, he began to segue to some specific instructions on the use of spiritual gifts in the assembly. But then, almost as if he were interrupting himself, he wrote, “First, however, let me tell you about something else that is better than any of them [the spiritual gifts]” (1 Cor 12:31). With this preface he began to compose the passage we call 1 Corinthians 13. Here is the passage in a fairly recent and readable translation:

Love is patient and kind. Love is not jealous or boastful or proud  or rude. Love does not demand its own way. Love is not irritable, and it keeps no record of when it has been wronged.  It is never glad about injustice but rejoices whenever the truth wins out.  Love never gives up, never loses faith, is always hopeful, and endures through every circumstance.

Love will last forever, but prophecy and speaking in unknown languages and special knowledge will all disappear.  Now we know only a little, and even the gift of prophecy reveals little!  But when the end comes, these special gifts will all disappear.

It’s like this: When I was a child, I spoke and thought and reasoned as a child does. But when I grew up, I put away childish things.  Now we see things imperfectly as in a poor mirror, but then we will see everything with perfect clarity. All that I know now is partial and incomplete, but then I will know everything completely, just as God knows me now.

There are three things that will endure–faith, hope, and love–and the greatest of these is love. (1 Corinthians 13, NLT)

I’ll get into the meat of this passage tomorrow. Today, in closing, I want to note its striking introduction.

After taking a whack at the Corinthian trouble makers, Paul moves on to say, “If I had the gift of prophecy, and if I knew all the mysteries of the future and knew everything about everything, but didn’t love others, what good would I be? [literally, “I am nothing”]” (v. 2). Some of the Corinthians were overly excited about knowledge, so Paul still has them in his aim. But when we get to chapter 14 we’ll discover that Paul is going to be a strong advocate of prophecy. So in verse 2 he’s not only targeting the Corinthians. He’s got himself and his own values in view.

As the introduction to chapter 13 continues, Paul continues to target, not so much the Corinthians and their priorities as himself and his values. Even exemplary faith – such as Paul had – and costly self-sacrifice – such as Paul had displayed in his life – were worthless apart from love.

I deeply admire Paul’s ability here, under the influence of the Spirit, to see his own virtues and values as meaningless without love. It would have been easy for him to accuse the Corinthians of failing to love while implying that he was somehow above the fray. But, in point of fact, Paul says: “Look, even the things I value the most, even the good gifts of God, even the attributes I exemplify, like faith and commitment, even these are nothing without love.”

Paul’s example challenges me to consider what I might value so highly as to act as if it matters more than love. I’m afraid the list is quite long, so I’ll only mention a couple of my imbalances.

I’m really big on being right. I value tight arguments, especially when I make them. Also, because I care a whole lot about being right, I hate being wrong. So, for me, the paraphrase of 1 Corinthians 13 might read: “If I am always right about everything, if my ideas are the best and my arguments always prevail, and yet I don’t have love, then all of my rightness would be for naught.” (Photo: Emerson Hall of Harvard University, where I studied philosophy as an undergraduate, and where making good arguments was, arguably, the greatest good.) 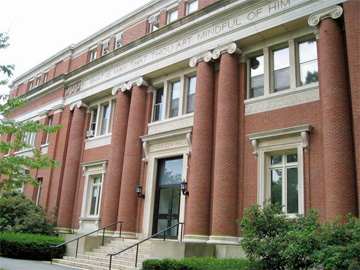 In a related vein, I also care deeply about theological truth. I do my best to search the Scriptures for God’s truth and to present it accurately. I can look a long way down my nose at people who make silly theological errors, or, worse yet, who don’t seem to care as much as I do about theology. Now I don’t think it’s wrong to care about theological truth. On the contrary, it matters hugely. But, like Paul, I need to see even theological truth in light of love. So perhaps 1 Corinthians 13 in the “Mark Roberts Version” should read: “If I know the meaning of the Bible. If I study hard, working from the Greek and the Hebrew, and if I actually get the correct meaning, but don’t have love, then I’m not worth one red cent.”

Perhaps you might relate this text to yourself. What are the things you prize today more than love? How would you live differently this very day if everything you did and said was saturated with love? How would love add meaning and value to your life today?

Tomorrow I’ll continue this discussion, looking especially at some of the essential characteristics of love.

This post is part of a series:
God’s Guidance for Christians in Conflict. You can read or link to the series by clicking on the series title.
read next post 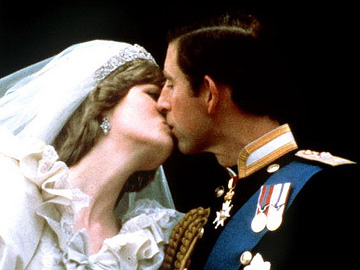 What Love Is All About: Realism Beyond Romance
archives most recent
More from Beliefnet and our partners
previous posts