How NOT to Solve Conflicts Among Christians, Part 2

Yesterday I examined a passage from 1 Corinthians 6, which instructed Christians to avoid solving their problems in secular court. Let me quote that text again before suggesting some practical implications.

When you have something against another Christian, why do you file a lawsuit and ask a secular court to decide the matter, instead of taking it to other Christians to decide who is right? Don’t you know that someday we Christians are going to judge the world? And since you are going to judge the world, can’t you decide these little things among yourselves? Don’t you realize that we Christians will judge angels? So you should surely be able to resolve ordinary disagreements here on earth. If you have legal disputes about such matters, why do you go to outside judges who are not respected by the church? I am saying this to shame you. Isn’t there anyone in all the church who is wise enough to decide these arguments? But instead, one Christian sues another–right in front of unbelievers! To have such lawsuits at all is a real defeat for you. Why not just accept the injustice and leave it at that? Why not let yourselves be cheated? But instead, you yourselves are the ones who do wrong and cheat even your own Christian brothers and sisters. (1 Cor 6:1-8)

In our time of history, this may be one of the most counter-cultural passages in all of Scripture. It’s not news that we live in a highly litigious culture. People sue each other right and left for the most trivial things. It’s a given in our society that you should never “accept the injustice and leave it at that.” Rather, we are taught to press every possible advantage for the sake of gain, even if that means suing a fellow believer in court. (Photo: Of course Paul never knew that one day there would be a Judge Judy!) 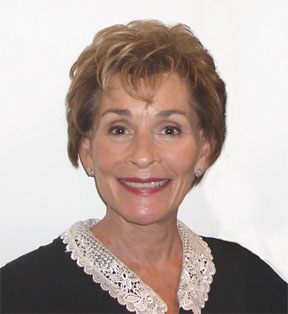 I realize that some Christians will be offended by the suggestion that we should let 1 Corinthians 6 guide our behavior when it comes to suing each other. Some of my readers might find what I’m saying downright offensive. Let me clarify that I’m not saying Christians should never turn to secular courts under any circumstances. There may be times when a church system is so dysfunctional and the damage done to people so significant that justice can only be found in the secular courts. The tragic case of sexual abuse in the Roman Catholic Church is one such example. Moreover, when the behavior of church officials is illegal, then justice requires legal action in criminal court. But Christian use of the courts to solve personal conflicts is nothing we should be proud of or seek to perpetuate. Whatever else, secular lawsuits should be the last resort among Christians.

Moreover, there are times when a person should simply choose to lose rather than to sue. I think of another pastor friend of mine who was meanly and unjustly fired by his church board. I expect he could have sued and received a significant settlement. But he chose not to press legal charges because he took 1 Corinthians 6 seriously. Moreover, he didn’t want to hurt the church he loved, even though the board of this church had badly injured him. This was a truly Christ-like sacrifice on the part of my friend.

His case illustrates the deeper point. We are to imitate the sacrificial example of Jesus Christ. As Jesus taught, we are to turn the other cheek, to walk the second mile (Matthew 5:39-41). Jesus modeled self-giving sacrifice through his death on the cross. Yes, indeed, this sort of thing grates against our own desire for vindication as well as our culture’s preoccupation with winning no matter what. But our Lord teaches us, both by word and by deed, how to give up our lives so that we might gain true life, eternal life, life in all of its fullness.

If you’re in a conflict with other Christians, whether it is personal, professional, or ecclesiastical, the way NOT to solve the problem is through suing each other in secular court. (I’m not, by the way, implying that lawyers can’t be helpful here. Christians with legal expertise can often assist us in finding just solutions that will keep us from lawsuits. I have seen this very thing happen in my own ministry, where lawyers were extraordinarily helpful in terribly conflicted situations. Competent Christian attorney can help us avoid lawsuits.) Secular lawsuits must not be your first choice, or second, or third. The church, when functioning properly, is the place where true wrongs can and should be adjudicated. Only if the church fails miserably in this duty might it be necessary in some cases for you to get secular legal help.

But before you turn to the civil courts as a last resort, you need to ask the Lord whether he wants you simply to lose. I know this sounds strange. But I think, in light of 1 Corinthians 6 and the example of Jesus Christ, we need to ask the Lord whether he’s calling us to lose the fight. Yes, we may sacrifice our pride for a while. Yes, we may lose certain advantages, financial and otherwise. But what we gain, and what the church of Jesus Christ gains, may well be worth the cost.

I began yesterday’s post by telling the story of my friend Jeff, a pastor who was sued by a disgruntled elder. When Jeff found out that he was being sued, he did not call a lawyer. Instead he did the counter-cultural thing. He called up the elder and said, “I’m not going to fight back because I’m your brother in Christ. We need to work this out in the Lord.” When the elder resisted, Jeff got some other elders to talk with the one who had filed suit. Among other things, they reminded him of Paul’s teaching in 1 Corinthians 6. They called him to act as a follower of Jesus Christ. They offered to help work out reconciliation. The unhappy elder was finally willing to drop his suit. Though he and Jeff never fully agreed on what worship should be in their church, they were able to live together in Christian fellowship without recourse to lawsuits.

Yes, I know it doesn’t always end like this. Often people are not as spiritually mature as Jeff. They get caught up in a worldly effort to win. Sometimes church leaders aren’t willing or able to step up, as were the elders of Jeff’s church. But the fact that we Christians fail to do what Scripture calls us to do is no argument for not trying to obey in the first place. We should make every effort to settle our disputes within the context of Christian community. And when this fails, there will be times when God will call us simply to lose rather than to fight on in the courts. Yet in this losing, as counterintuitive as it might seem, there will be a great gain for God’s kingdom, and even for our own souls. 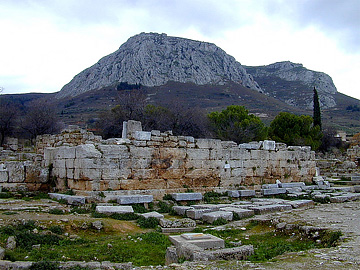