Okay, I need to repent. A few days ago I put up some snide comments about airline food, suggesting that pretzels and peanuts hardly count as food. (You can tell I don’t fly first class.) 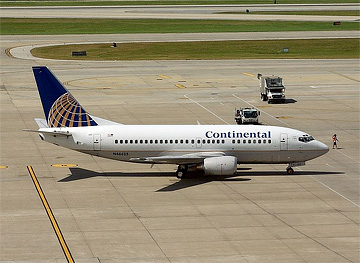 But, yesterday, on a flight from New York (La Guardia) to Houston (Bush), all coach passengers received complimentary dinners. We had chicken sandwiches and green salads, complete with M&Ms for dessert. Not exactly a feast, but a real meal . . . just like the olden days. I don’t know if Continental Airlines always does this on flights of more than three hours, but I must admit that I was impressed. (Okay, it doesn’t take much to impress me.)

Plus, miracle of miracles, I had an empty seat next to me. You don’t see that much anymore. I remember in the late 1970s when I traveled back and forth between Boston and Los Angeles. I almost always had an open seat next to me. Often I had all three to myself. And, once in a while, on a red-eye in a DC-10, I’d get the five seats in the middle section and could actually lie down and sleep. Of course that was on TWA, which doesn’t exist any longer. So maybe the empty seat idea wasn’t such a good one for business. It works for me, though. 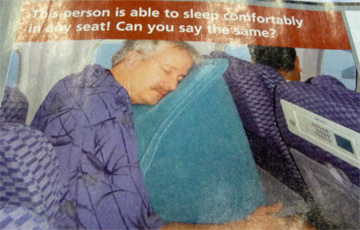 Brobdingnagian and You've Got to Be Kidding!
archives most recent
More from Beliefnet and our partners
previous posts