Has the Church Lost the Younger Generation?

There is more bad news for those of us who care about the future of Christianity, such as: 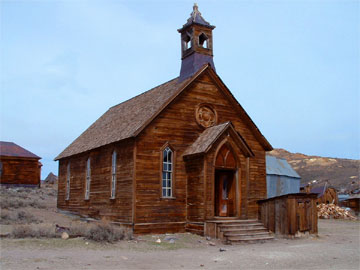 These results are more or less in line with a study produced several months ago by the Pew Forum on Religion & Public Life. “Religion in the Millennial Generation” found that fewer Millenials are attending worship services or identifying with religious groups. (Photo: A deserted church in Bodie, California)

However, the Pew study found that Millennials are not that much different from earlier generations. For example:

So, there is clearly a drift of younger folk away from religious involvement, but the picture is not as bleak as it might seem from the press reports of the LifeWay study.

Has the church lost the younger generation? No. But does is the church in danger of losing touch with younger folk? Absolutely. We have much to learn from those who are studying Millennials, including their faith and practice. We who are older Christians will never be able to reach those who are younger until we know what they’re thinking and feeling. Thus, I’m grateful to the folks at Lifeway and Pew, and to scholars such as Christian Smith. They’re sounding a wake up call for the church.