I read an AP story this morning by Ted Anthony: “Quake Relief: The culture of now v. the real world.”  Anthony’s point is that there is a gap between people’s expectations for how quickly help shold come to the Haitian people and reality. Our ability to use technology to make instant contributions to the Haiti relief effort increases our unrealistic assumptions about how instantly relief can actually get to real people.
Here’s are some excerpts from the article:

More than a week after an earthquake leveled swaths of the Haitian capital, the recriminations are circulating faster than clean water. From CNN’s Anderson Cooper to blogs and social networks, questions echo: Why is help taking so long? Why can’t the relief process be streamlined? Can’t this thing go any faster?
“What on Earth has gone wrong?” the Arab News, an English-language newspaper in the Middle East, wondered in a sharp editorial this week.
But take a step back. While the difficulties of negotiating the decimated Haitian infrastructure are clear and the logistical and administrative problems formidable, could a perception gap be at play, too? Are the expectations of the virtual world colliding with the realities of the physical one? . . .
“The immediacy and the vividness of the images and the news we receive from Haiti accentuate our desire to do something quickly. And that’s certainly not a bad thing,” says James Gleick, author of “Faster: The Acceleration of Just About Everything.”
But, he says, “The only thing that travels at light speed is information. And there are all kinds of sources of tension right now between our desire to have things instantaneously and physical reality.” . . .
“The aid is never fast enough for the armchair aid workers sipping their lattes,” says Steve Matthews, a spokesman in Haiti for World Vision, a relief group. He says that, despite slowness, aid is flowing, “things are happening” and relief workers understand the race against time.
“Critics,” Matthews says, “want a two-hour movie with happy ending.”
He’s onto something. The appetite in many industrialized cultures, the United States in particular, is attuned to the slickly packaged story, Hollywood style. That means that conflict is followed by resolution, and then we move on to the next thing.
Add the round-the-clock news cycle and the immediacy of the Internet, where communication now can mean a service that conveys rapid-fire information in 140-character bursts, and suddenly you have a generation of people who feel uncomfortable when something doesn’t happen RIGHT NOW. There’s a reason, after all, that the BlackBerry was nicknamed the CrackBerry. . . .
Consider the International Rescue Committee’s TV commercial that aired on CNN Thursday. It urged viewers to contribute aid the convenient way — with their thumbs, via text message.
“Haiti crumbled in 35 seconds,” the ad says. “Rescue it in less.”
If only it were that easy.

Our response to human suffering in Haiti gives us a window into our souls. We see both good and bad, as well as lots that is important, but morally neutral.
One final thought. A couple of days ago I was commenting to a friend that I think it’s wonderful so many stars have given generously to the Haiti relief efforts. My friend was not impressed. In reference to one star I had mentioned, he said,

“Oh, he has so much money. A mere million dollars is nothing. It’s all for show.”

My friend added a few more choice lines of derision.
I asked a simple question.

“How much have you given to the Haiti relief effort?”

You can guess the answer: Zero.
Here’s something to think about . . . . 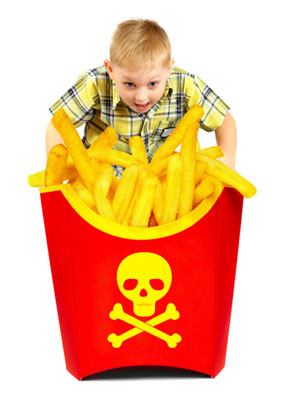