Yesterday I suggested that we need a “Simon Cowell” in our lives, somebody who risks telling us the hard truth we probably don’t want to hear. Though I’m not advocating the kind of rudeness in which Simon dabbles at times as a judge of American Idol, I do think sometimes we need to hear the blunt truth, even when it hurts.
Several of those who posted comments yesterday agreed with me and added their own insights. But I had to chuckle over a sage comment by Bill Goff: “I think most of [us] coiuld use a Paula Abdul (for encouragement) as well as a Simon Cowell for reality.” Yes, indeed! Thanks, Bill, for this suggestion. We do need people in our lives who build us up with encouragement. 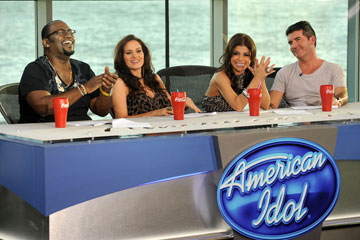 If you’re not an American Idol fan, you may not know that Paula Abdul, the dancer-singer, is as famous for her attempts to be postive as Simon Cowell is for his efforts at blunt negativity. Almost no matter what, Paula looks for something positive to say about a contestant. Sometimes it’s only, “I’m so proud of you for being yourself!” What she doesn’t say is that this person’s “self” is a really lousy singer. (Photo: The judges, from the left: Randy, Kara, Paula, and Simon).
We can learn several things about encouragement from Paula. For one thing, her example reminds us how much people need encouragement. Sometimes you have to work at saying something positive, but it’s almost always well worth the effort. However, Paula is so positive so much of the time that she can lose credibility. She reminds me of parents who are endlessly praising their children, so much so that their praise loses its power.
So, we do need Simon Cowells in our lives, people who tell us hard truths we need to hear. And we also need Paula Abduls, people who encourage us by paying attention to that which is special and valuable in us.
Having said this, I would add one other bit of unsolicited advice. For the most part, you and I need to be more like Paula and less like Simon. If we style ourselves as the blunt tough-truth-tellers, we’ll probably do as much damage as good. In time, people won’t be inclined to listen to us. If you’re going to be a Simon in somebody’s life, you need to earn this right. And you earn this right, in part, by being Paula, by being complimentary and positive most of the time.
I think, for example, of a person from Irvine Presbyterian Church whom I’ll call “Michael.” Michael was one of the most complimentary members of the church . . . and one of the most critical. During my sixteen years as pastor, he probably offered a word of complaint or criticism fifty times. But I always listened to Michael, not only because he was someone whose opinion I respected, but also because he brought genuine words of praise probably five hundred times. Truly. I’ll bet his ration of criticism to praise was something like 1 to 10. Thus he earned my trust, such that I was able to hear the criticism.
So, don’t rush out today and try to be everybody’s Simon. Start with Paula, and do your Simon routine sparingly, when you intend to help and not hurt. 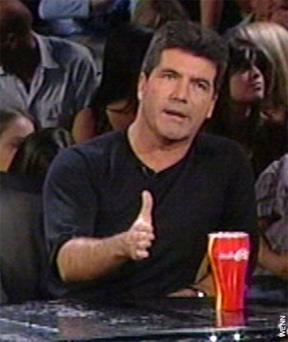 Do You Need a Simon Cowell?
archives most recent
More from Beliefnet and our partners
previous posts