Don’t Swing Too Far on the Pendulum

Part 8 of series: Advice for Pastor Search Committees
Permalink for this post / Permalink for this series
I’m going to wrap up this series today, at least for now. As always, I reserve the right to come back to this subject in the future.
So far, I’ve suggested that pastor search committees should:

1. Seek first the kingdom of God.
2. Pray without ceasing.
3. Be open to God’s surprises.
4. Exercise endurance and beware of exhaustion.
5. Represent your church accurately.
6. Get the true “downside” on candidates.
7. Realize you can’t have it all.

Today I offer this bit of advice:

8. Don’t swing too far on the pendulum.

The pendulum of which I speak is that of change. In particular, I’m recommending that pastor search committees do not overreact to the weaknesses of the preceding pastor, thus swinging way too far out on the pendulum of change.
I’ve seen it happen too many times. To cite one example, about ten years ago I watched a church call a new senior pastor. The preceding pastor, a man I’ll call Vince, had been a fine teacher/preacher and an expert in pastoral care. But he was an abominable administrator. In fact, he didn’t even pretend to have administrative gifts. He left that to others on the staff along with some gifted lay leaders. Under Vince’s leadership, the church grew in size and in depth. But when he moved on, the search committee saw an opportunity to call a pastor with more administrative ability and interest. They intentionally sought such a pastor. The person they found, whom I’ll call Eric, was a decent preacher and an outstanding administrator. He was not especially strong in pastoral care, but he had done well in his previous church, which thrived under his leadership. So the search committee called Eric as the new pastor of their church, convinced that he would be outstanding.

No doubt you can see where this story is going. Eric’s time at the church was a train wreck. The congregation missed Vince’s strong preaching and teaching. The staff and lay leaders of the church were not at all ready for Eric’s administrative leadership. And everybody missed the highly personal care they had received from Vince. Though Eric did exactly what he had been told was needed at the church – provide visionary leadership – he found that few wanted to follow him. He lasted a couple of years in the church, years that were painful for all concerns.
I’m glad to say that the next time around, the search committee for this church took a more balanced approach. They called a pastor, Jim, who was a strong preacher, much as Vince had been. Jim was a solid administrator, but not as assertive as Eric had been. Jim was also strong in pastoral care, though not as involved in the lives of the congregation as Vince had been. In sum, Jim was more administratively capable than Vince, but much more like Vince than Eric had been. His tenure at the church has been a positive and productive one.
Sometimes search committees err by looking for someone just like the preceding pastor. Sometimes they err by looking for someone way too different. In my opinion, committees need to evaluate very carefully the positive impact of the former pastor. If, for example, that pastor was a strong preacher, chances are that the congregation values preaching highly, and will need the next pastor to be a strong preacher as well. The same would be true for other pastoral qualities: visionary leadership, management, discipleship, pastoral care, evangelism, program organization, etc. I’m not meaning to imply that the new pastor should be just like the old one, whatever this might mean. But that which the congregation most valued in the former pastor certainly shouldn’t be a weak suit for the next pastor.
Sometimes the pendulum swing isn’t so much about pastoral abilities as it is about vision or mission. If a former pastor was perceived as being too evangelistic, thus neglecting care of the flock, the committee might be tempted to call a pastor who paid too little attention to evangelism. Or if a former pastor is perceived to be too conservative theologically, the committee might overcompensate by seeking someone too liberal for the church. Or of the predecessor is believed to have been too old, the committee might seek someone too young. Et cetera, et cetera, et cetera.
Of course if the former pastor had serious moral problems, then a search committee should go ahead and take a big swing on the pendulum. If, for example, the last pastor was dishonest, it’s absolutely right to seek a new pastor who is impeccable when it comes to honesty. I’m not suggesting that committees look for pastors who are mostly truthful, or mostly faithful to their spouses, or mostly legal in their approach to finances. When it comes to matters of moral character or theological orthodoxy, committees are well advised to be uncompromising.
I’ve already dealt with the problem of committees who think they can have it all. Naively, they want someone with all of the strengths of the predecessor, and none of the weaknesses. This is a formula for disaster. Once again, I’d recommend that committees work extremely hard on discerning the pastoral strengths that are most essential for their church. This kind of realistic evaluation will enable the committee to seek and, by God’s grace, to find a pastor well-suited to their congregation.
read next post 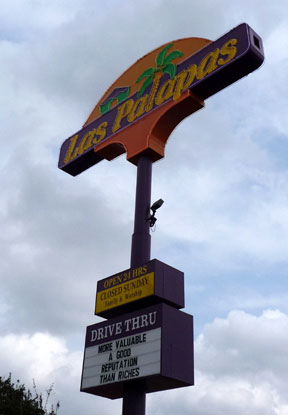