It’s been a while since I posted excerpts from the Boerne Star police blotter. Here are some of the highlights from the last few months:
July 25
30000 block of Fairway Vista, 8:05 p.m., Several residents reported two salesmen being pushy and aggressive while trying to sell educational books. Police spoke to the men and confirmed that they had gotten solicitors’ permits. [MDR: Ah, but did they get a permit for being pushy and aggressive?]

July 27
200 block of Zoeller Lane, Waring, 9:18 p.m., A resident reported an unknown man wearing blue swimming trunks had come through a closed gate and was standing at her door. Separately, authorities received another call about a group of people tubing on the Guadalupe River who became separated. The second caller said the missing man was wearing blue swimming trunks. [MDR: Whew! Mystery solved!]
Aug. 14
Doeskin Drive, 11:40 p.m., A 15-year-old said that while he was playing with a pair of handcuffs he locked himself up, but the key had been lost years ago. Deputies used bolt cutters to remove the cuffs. [MDR: Did this young man realize that the key had been lost for years before he locked himself up?]
Aug. 16
1500 block of Cordillera Trace, 9:26 a.m., A 44-year-old female called 911 after she ate a green glob that came out of a bottle of pancake syrup. She said she is allergic to penicillin and wanted to be checked out. [MDR: Note to self – Don’t eat green glops that come out of bottles.]
Oct. 29
100 block of Fair Springs, 8:44 p.m., A resident called police after someone rang her doorbell and left a pumpkin on her front steps. The woman said she was afraid to go out and check it. The pumpkin turned out to be filled with candy and had been left for her by a neighbor. [MDR: A little bit paranoid, are we?]
Nov. 3
100 block of Dobie Springs, 8:34 p.m., A resident reported finding a print-out of a Google map to his house and two 12-inch knives left on his front porch with a note that said “never never again.” [MDR: I’m confused.]
Nov. 4
100 block of North Wagon Wheel Drive, 9:52 a.m., A woman reported that her car was stolen. She said she thinks her soon-to-be ex-husband may have taken it. [MDR: Was he the “soon-to-be-ex-husband” before he stole his wife’s car?]
Nov. 7 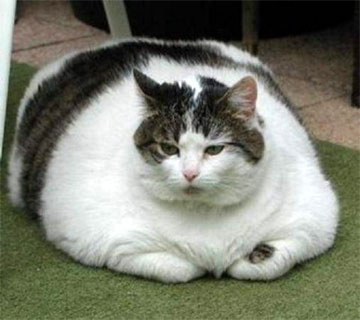 300 block of North Main Street, 11:08 a.m., A caller reported that someone tried to use his credit card to buy 100 pounds of cat food over the phone. [MDR: It shouldn’t be hard to find the culprit. Just look for a giant cat with a credit card.]
Nov. 11
7200 block of Dietz Elkhorn, 9:20 p.m., A man reported receiving a threatening phone call from a caller who said “boogidee-boogidee boo, I’m coming to get you.” [MDR: No, I did not make this up.]
read next post 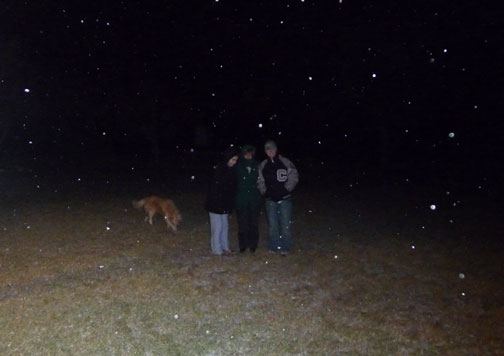