Bill Maher, Jay Leno, and the State of Moral Reasoning in America, Part 3 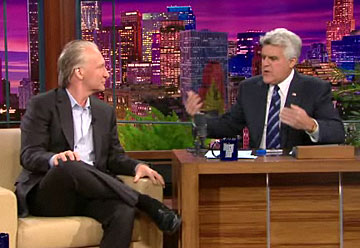 In my last two posts I’ve been examining some recent statements by Bill Maher on The Tonight Show with Jay Leno. His comments about the estate tax, though admittedly laced with humor, reflect a distressing though relatively common shallowness in moral discourse in America. Maher’s best argument for the estate tax is that it doesn’t impact you or me, unless we’re rich. In other words, it’s a shameless appeal to self-interest. As long as something doesn’t hurt me, it’s just fine.
Jay Leno demonstrated a similar kind of logic when talking about the recent defeat of Proposition 8 in California, which made limited marriage to a man and a woman, thus making same-sex marriage unrecognized by the state. Leno, who obviously opposed Prop 8, had this to say on the issue of same-sex marriage:

I’ve heard this sort of argument all the time from married heterosexuals who support same-sex marriage: It won’t hurt my marriage, so it’s just fine. Here, once again, is a moral argument that says “As long as something doesn’t hurt me, it’s just fine.”
Ironically, many of those who made this argument with respect to Proposition 8 in California were supporters of Proposition 2, the so-called the Prevention of Farm Animal Cruelty Act. Prop 2 would have made illegal farm raising animals in a way that confined them. Though some arguments in favor of this proposition claimed health benefits for humans, my informal survey of Prop 2 supports found that the vast majority were concerned about the well-being of the animals. They voted for this proposition even though would in all likelihood lead to higher prices and layoffs in the egg-producing business of California. So, it appears that millions of Californians were persuaded to vote against Prop 8 because of the “it doesn’t hurt me” argument, but voted for Prop 2, even though the caging of animals doesn’t hurt them, and the passage of Prop 2 might even hurt them in their pocketbooks. (I suppose Prop 2 supporters might answer, “Yes, the caging of animals does hurt me. It makes me feel sad for the animals.”)

Putting aside the question of whether one should have voted for or against Prop 2 and Prop 8, I want simply to note the simple selfishness of Jay Leno’s argument. Would Leno vote for a proposition that made slavery legal on the grounds that “it doesn’t hurt me”? I doubt it. He’s more compassionate and reasonable than this. In fact, I expect that Jay Leno has certain beliefs about homosexuality, marriage, government, and the social good that informed his position on Prop 8 . . . at least I hope so.
Now I’m sure there were some supporters of Prop 8 who believed that allowing same-sex marriage would in some way hurt their marriages. But, on the basis of my informal observation of California voters, supporters of Prop 8 were concerned about the impact of same-sex marriage on the wider culture, and especially on children. They believed, right or wrong, that making same-sex marriage legal threatened society and would harm children. They might be wrong about these things, of course. But my point is that their moral arguments in favor of Prop 8 didn’t have to do with themselves, but with others, and especially with the larger social good.
You can see egocentric moral reasoning throughout our society today. Presidential candidates of both parties use it and pander to it by promising tax cuts to people, who, presumably are going to vote their own self-interest. Period. How sad!
What we need in our country today is a new model of moral reasoning, one that appeals to foundational principles and that advances a compelling vision for our nation and, indeed, the whole world. So, one might oppose estate taxes on the grounds that it is legalized stealing, and stealing is wrong. Or one could support estate taxes on the ground that shifting money from the wealthy to the poor is a good thing. I could see Bono, for example, arguing that estate taxes should be used to help feed the hungry. No matter who is right in this argument, at least it appeals to something more than raw self-interest.
The moral of the story? Don’t base your moral judgments on the things you hear on late night television. The other moral? Learn to consider your choices in light of something more than self-interest. Seek transcendent principles. Think in terms of a broad vision for society. And, whatever you do, think about others, and not just yourself.
read next post 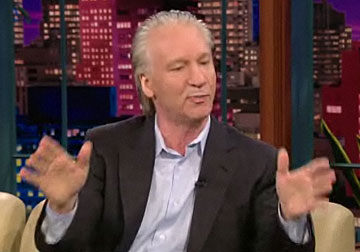 Bill Maher, Jay Leno, and the State of Moral Reasoning in America, Part 2
archives most recent
More from Beliefnet and our partners
previous posts