Earl Palmer on Regarding Others as Better Than Ourselves

Part 14 of series: Sharing Laity Lodge
Permalink for this post / Permalink for this series
This past weekend we had our annual Leaders’ Retreat at Laity Lodge. Earl Palmer was our main speaker, teaching four Bible studies on Philippians. Our musicians were Kurt Kaiser (composer, pianist) and Michael Davis (violinist and concertmaster for the Louisville Orchestra). Poet and writer, Olga Samples Davis, was our resource leader in the arts.

Earl Palmer, by the way, just last week retired as Senior Pastor of University Presbyterian Church in Seattle, after 52 years of ordained ministry. But don’t expect Earl to settle down into easy retirement living. He and some Christian partners have just launched Earl Palmer Ministries, a platform from which Earl will continue to teach Scripture with excellence and contemporary bite. Earl’s first “gig” will be at National Presbyterian Church in Washington D.C., where he will be Preaching Pastor-in-Residence for several months. (Photo: Earl teaching at Laity Lodge.)
As always, Earl’s teaching of Scripture paid close attention to the original meanings of the words, in this case, the Greek words of Paul’s letter to the Philippian Christians. As he made his way through the text, he came upon an imperative that is often misunderstood: “Do nothing from selfish ambition or conceit, but in humility regard others as better than yourselves” (Phil 2:3, NRSV). “Do nothing from selfish ambition or conceit” isn’t too tricky. But what does it mean to regard others as better than ourselves?
Earl pointed out that sometimes Christians have taken this as reason to think of other people as more valuable than themselves. But this is a mistake, he explained. Paul is not talking about personal worth here. After all, we are all equally valuable in the sight of God. We all bear God’s image and, if we belong to Christ, are God’s own creation.
Earl went on to show that Philippians 2:3 does not mean that we should consider ourselves as less valuable than others. Rather, Paul uses a turn of phrase that means to put others first, to give them the advantage, to regard them highly. Earl’s take on this verse is perfectly captured in Eugene Peterson’s rendering in The Message: “Put yourself aside, and help others get ahead.”
 To underscore this point, Earl supplied an humorous illustration I won’t forget. Suppose, he said, you’re on your way to a picnic and realize that you’ve forgotten the sunscreen. So you stop at a market and hurry to find some SPF-45. Grabbing a tube of sunscreen and hurrying by all of the tempting teasers in the store, you come to the checkout lines with only one item. In front of you is a woman with a cart filled to the brim with groceries.
“Don’t ever ask to go ahead of her,” Earl counseled wisely. “Instead, stand there, looking slightly rushed and sad,” he said in a joking manner. “You might even choose to yell, ‘Honey, I’ll be there in just a minute.’ If you’re lucky, the woman in front of you in line will take pity, saying, ‘Oh, you can go ahead.’ And so you do, happily.” (FYI: If you don’t know Earl, he’s not manipulative. This was all a bunch of silly hyperbole.)
This woman’s actions, Earl said, demonstrate what it means to regard others as better than ourselves. It’s not a matter of valuing people more than yourself, but rather of giving them a place ahead of yourself.
This kind of preferring of people does not mean that we think poorly of ourselves. In fact, Earl pointed out that the woman who let you go ahead of her in line will feel good about herself. She did something kind from a place of personal strength and generosity. Similarly, Paul does not want us to go around thinking poorly of ourselves. Rather, when we know who we are in Christ, we’ll have the freedom to “help others get ahead,” and we’ll feel good in doing it.
I won’t soon forget the waiting in line illustration. It does indeed capture Paul’s meaning in Philippians 2. And it reminds us of how we are to live as disciples of Christ, choosing in freedom and joy to imitate his servanthood.
read next post 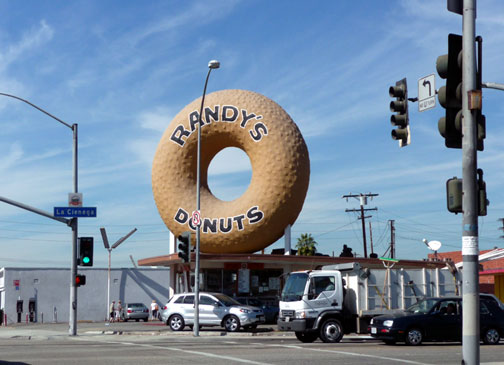