I haven’t been updating my local police blotter for a while. So, here are some recent highlights . . . .
May 19 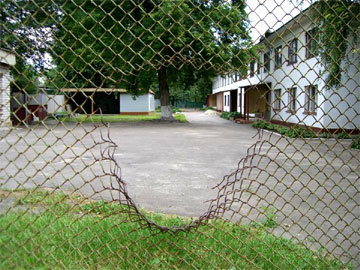 10800 block of Highway 87, Comfort, 7:24 p.m., A caller reported that someone ran through his fence. [MDR: With a car? Or with superhuman strength?]
May 20
100 block of Sunflower, Comfort, 9:49 p.m., A caller reported several people were standing outside her house and drinking. [MDR: If you throw a party and people won’t go home, you can always call the Boerne police. They’ll handle it.]

June 21
539 mile marker of Interstate 10, 12:36 a.m., A caller reported seeing a woman riding topless on the sunroof of a Jeep. The caller reported that she almost fell off when the vehicle turned towards Ranger Creek. Police searched the area but were unable to find the truck. [MDR: No mention of whether the police were able to find the woman or not.]
June 17
200 block of Bandera, 3:35 p.m., Police and EMS were called when an employee at a dry cleaners got his head stuck in a pressing machine. The man had gotten out by the time police arrived. [MDR: Note to self – Don’t ever put head in a pressing machine.]
June 12
100 block Flintrock Drive, 8:45 p.m., A caller reported that his 21-year-old son took his wife’s debit card and used it to take money from their account without permission. [MDR: Now that’s what I call effective parenting . . . call the police!]
June 21
8500 block of Raintree Woods Drive, 9:08 p.m., A caller reported that someone had thrown shoes in the roadway. Police found four pairs of shoes and located four teens hiding in nearby bushes. The teens were told not to throw shoes in the road and sent home. [MDR: Not much to do here in Boerne but throw shoes in the road.]
June 23
29000 block of Ralph Fair Road, 4:45 p.m., Police stopped after seeing two women on the side of the road arguing. One woman reported that the other had come to pick her up after her car broke down. However, the women began arguing and the one with the broken car decided she did not want a ride. She later agreed to ride with her friend. [MDR: Where is Condoleeza Rice when you need her?]
June 25
300 block of Rosewood, 8:31 a.m., Someone entered the church during the night, rummaged through the offices and played basketball in the gym. [MDR: Okay, that’s it. Playing basketball without permission!]
300 block of Fifth Street, Comfort, 4:52 p.m., A caller reported that someone came by their house the previous night selling tamales for a church. The caller purchased the tamales and found out the next day that the church was not selling tamales. [MDR: Now there’s a way to get people to buy your tamales. Claim you’re from a church.]
read next post
Presbyterian Exegesis Exam Changed: Section 4
archives most recent
More from Beliefnet and our partners
previous posts