Feb. 7
30200 Fairway Ranch, 1:09 p.m., An attempt to bake a pie turned into an oven fire. The volunteer fire department responded and put it out with – what else – baking soda. [MDR: I’ve never seen “what else” in a police blotter before.]
Feb. 10
8500 block of North View Pass, 5:42 p.m., A resident called police after a neighbor’s dog had reportedly been barking nonstop for 24 hours. Police found the dog chained in the backyard with an empty water bowl. Officers refilled the bowl and left a card for the resident. [MDR: Our officers don’t just arrest people. They solve problems.]

Feb 29
8400 Northview Pass, 12:21 p.m., A Caller complained about a neighbor dumping barbecue pit grease onto the roadway. Dumper claimed he was just emptying water from his smoker. [MDR: So nice to have friendly neighbors.]
March 1
30300 block of Ralph Fair Rd., 3:42 p.m., An activated alarm at a church alerted law enforcement to a possible burglary. The elderly couple, whom police pulled over nearby, stated that, having stopped at the church to see what time services are held, they found the front door unlocked and went inside to get a pamphlet. [MDR: Now that’s an unusual approach to visitor outreach.]
March 3 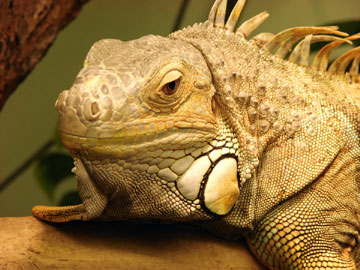 7700 block Kingland, 5:55 p.m., Officers were called by the home’s nanny to deal with a “loose lizard.” A two-foot long iguana was apprehended from its resting place under the bedroom furniture and subsequently returned to its cage. [MDR: The lizard was apprehended.]
March 24
900 block of N. Main Street, 2:51 p.m., A caller reported a group of teens fighting while another was taking pictures. Police contacted the group who were making an amateur film based on the movie “The Karate Kid.” No injuries were reported. [MDR: Wax on. Wax off. Wax on. Wax off.]
March 26
500 block of W. San Antonio Road, 12:42 p.m., An 18-wheeler driver reported that an elderly man was in the roadway and screaming at him, and the man climbed up on the truck. Police contacted the 78-year-old man who said the truckers were driving by his home and using their engine brakes to disturb him. [MDR: Note to self: Don’t use engine brakes in the 500 block of W. San Antonio Road]
read next post 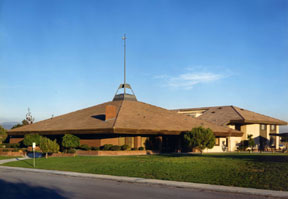 My Statement of Faith: Concluding Comments
archives most recent
More from Beliefnet and our partners
previous posts