Part 4 of series: Being the People of God
Permalink for this post / Permalink for this series
In recent posts I’ve been reflecting on the creation accounts in Genesis 1 and 2, looking for insights into what it means for us to be the people of God. We’ve seen that God created humankind in community as male and female, and gave them the twin tasks of making more people and taking care of his creation. Though looking at creation from different perspectives, both Genesis 1 and Genesis 2 emphasize the essentially corporate dimensions of human existence. God did not create simply one person to enjoy perfect fellowship with God. Rather, God created two people, whom God intended to share in the work of managing the world, filling it with more people, and enjoying perfect intimacy with each other in the process. In Paradise they knew what it was to be God’s people together.

But because they chose to disobey God, Paradise was lost. Genesis 3 tells the sad story of human rebellion against God, of human desire to be like God in sovereignty and knowledge rather than living as his servants and stewards. After being tempted by the serpent, first the woman, and then the man along with her, ate of the forbidden fruit. In the next moments, God’s plans for his people unraveled, at least in the short run. From that moment onward, being God’s people became much more complicated and elusive.
 If you were to ask the average Christian, “What’s the first result of human sin?”, chances are that person would say something like, “Separation from God. Eternal separation from God. Death.” Theologically speaking, this is surely the right answer (see, for example, Romans 6:23). But in the narrative of Genesis 3, the first result of human sin is a breakdown in the relationship between the man and woman. Whereas in Genesis 2 the man and woman were naked and unashamed (2:25), in Genesis 3, sin leads to shame, and the first couple try to hide their now shameful nakedness from each other by using fig leaves. (Painting: “Adam and Eve” by Albrecht Dürer, 1507; fig leaves and all)
So, though it would be theologically correct to say that the first result of sin is brokenness in our relationship with God, Genesis emphasizes the implications of this brokenness for human relationships. The people whom God had created in his image to share intimacy together and to share in caring for the world together would be torn asunder by the results of their sin. To put it bluntly, sin makes it difficult, one might even say, impossible, for us to be the people of God.
If you’ve ever tried to be an active member of a Christian community, you’ve no doubt experienced the corruptive influence of sin. It’s not uncommon these days for Christian people to set out to form “perfect” Christian communities. They’re going to do church in a new way. They begin with lofty ideals, ideals that often flow from the spring of Scripture. Yet, without fail, these efforts to be the people of God soon confront relational challenges that threaten their success, if not their existence. Often those who began with such enthusiastic idealism end with embittered cynicism.
Every now and then, however, churches that were founded with enthusiastic hopes do not let the reality of sin destroy them. Several years ago I watched as a new church in my area exploded on the scene with dramatic and impressive growth, mostly among people in their 20s and 30s. But within the first years of its existence, its pastor committed adultery. I wondered if his sin would destroy the church he had worked so hard to plant. In fact, however, those leaders he had raised up to serve alongside him exercised unusual wisdom. They did not minimize the sin of their (former) pastor, but received his resignation and helped him to rebuild his life. They led the church through a relational minefield. The result, by God’s grace, was a stronger church.
By telling this story, I’m getting way ahead of myself. The main point I’m making here is that sin makes it extremely difficult to be the people of God. Indeed, it would be impossible apart from God’s grace. When we take the reality of sin seriously, then we won’t be surprised when it threatens to quash our efforts to be the people of God.
Sin impacts, not only our relationships with each other as God’s people, but also our efforts to act as God’s people in the world. More about this next time. . . .
read next post 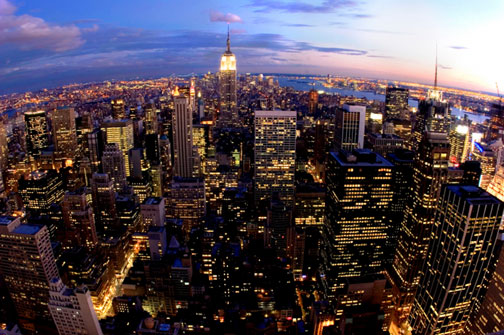