Being the People of God: An Introduction

Why am I doing this particular series at this time? I have two major reasons, one a matter of conviction and the other a matter of autobiography. I’ll start with the conviction.
Simply stated, I believe that it is absolutely crucial for Christians to know who we are as the people of God. This knowledge gives us much that we need for fruitful living, including: a sense of personal identity, a sense of purpose, a context for relationship, and an abiding hope for the future. In fact, I believe little is more important for Christians today than to know who we are as the people of God and to live out that identity in the world.
Unfortunately, many of us, perhaps even the vast majority of Christians, do not know who we are as the people of God. If you were to take a survey of Christians next Sunday after church and ask: “Who are the people of God?” I expect that many would answer “The Jews.” Now that particular answer is partly right, and crucially right, I might add. But it is inadequate, at least from a Christian point of view.
Others might answer the question “Who are the people of God?” by saying something like “the church” or “all Christians.” This answer gets more of the truth. So far, so good. But if you were to add a follow-up question, “What difference does it make that we are the people of God?” I fear you wouldn’t get much of an answer. You might hear something about heaven, or worship, or mission. All of these matter, but don’t begin to plumb the depths of meaning in the affirmation: “We are the people of God. ”
So I believe that it is absolutely crucial for Christians to know who we are as the people of God. And I also believe that most Christians do not have this knowledge, or if they have it, they don’t realize its radical and powerful implications. Put these two beliefs together and you have the beginning of a compelling rationale for a blog series.
But, of course, there are many, many valuable topics upon which someone like me could blog. So why am I picking this particular topic and this particular time? This brings me to the matter of autobiography.
If you’ve been reading my blog for a while you can probably guess where I’m going. In October of 2007 I became the Senior Director and Scholar in Residence for Laity Lodge, a multifaceted ministry in the Hill Country of Texas. At the center of Laity Lodge is a retreat center called Laity Lodge (obviously enough). But the Laity Lodge “brand” also includes youth camps, family camps, publications, and web-based ministries, especially The High Calling of Our Daily Work.org. (Strictly speaking, both Laity Lodge and The High Calling.org are siblings in the ministry of the H. E. Butt Foundation.) All of the ministries associated with Laity Lodge are devoted to helping the laity encounter God so as to become agents of renewal in the world. (Photo: The entrance to Laity Lodge.)
The word laity is used in English to denote non-clergy. In the church, the laity include everybody except the pastors or priests. Outside of the church, laity can mean non-specialist, though usually the adjective lay is used rather than the noun laity, as in: “The physics professor was able to explain quark theory for a lay audience.” The word laity comes to us by way of the French, and derives ultimately from the Greek word laikos which means “of the people.” People, in ancient Greek, is laos (pronounced today as LAY-oss with two syllables, not like the modern country Laos.)
Laity Lodge and its constellation of ministries is dedicated to the equipping, empowering, renewing, and sending of the laity, the people of God. I should hasten to add the Laity Lodge is not non-clerical or even anti-clerical. I am an ordained Presbyterian minister, for goodness sakes, a member of the clergy even though I’m not currently serving as a parish pastor. Many ordained ministers come to Laity Lodge each year. And one retreat is intended primarily for clergy. In truth, Laity Lodge seeks to touch the whole people of God, clergy and non-clergy, all of whom belong to the laos theou, the people of God (in Greek).
Since the notion of the people of God is so central to my new ministry, it seems only right that I should do an in-depth study on this theme. For me, of course, this means study based on Scripture. I plan to ask such questions as: What does the Bible teach about the people of God? Who are the people of God? What is their identity? What is their purpose? Their calling? How does being a part of the people of God impact individual Christians?
From a rhetorical point of view, I will be writing this series a Christian for Christians. I will talk about who we are as the people of God. If you are not a Christian, you are more than welcome to read and interact with what I’m saying here. If you’re seriously considering Christianity for yourself, it will help you greatly to understand what it might mean for you to become a member of God’s people. I recognize that Jews and Muslims might take umbrage at my claim that Christians are God’s people. I respect the fact that they would see things differently, and I hope they would respect my orientation as a Christian.
I also realize that some people, even Christians, might object to the implication that if Christians are the people of God then non-Christians are not. It’s common to hear the phrase “all God’s people” used in reference to all human beings. I don’t believe this notion of the people of God is to be found in Scripture, however. But now I’m getting ahead of myself.
More tomorrow . . . . 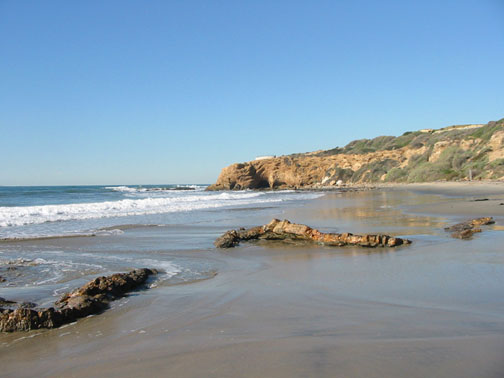