A Review of God at Work: The History and Promise of the Faith at Work Movement by David W. Miller

In the series: God at Work: A Review of the Book by David Miller
Permalink for this post / Permalink for this series
In a Nutshell:
God at Work by David Miller is an accurate, insightful analysis of the Faith at Work Movement in the last century. In includes, not only a careful history and sociological analysis of the movement, but also a look forward at the opportunities and challenges for those concerned with the relationship between faith and the workplace. I highly recommend this book to clergy and laity alike, especially to those who care about the ministry of God’s people in the world today. My only modest criticism of God at Work has to do with the implied ecclesiology (doctrine of the church), which, ironically, seems to assume a more institutional view of church rather than a more biblical view in which the Spirit-filled people of God, including both clergy and laity, are the church. 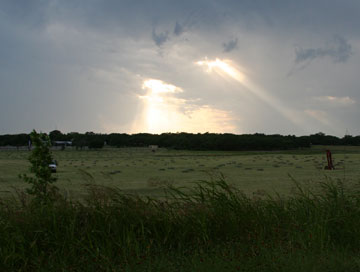 You Know You’re Still in a Small Town When . . . .
archives most recent
More from Beliefnet and our partners
previous posts