A Review of Simply Christian by N.T. Wright (Section 2)

In the series: Considering N.T. Wright
Permalink for this post / Permalink for this series
In my last post I began to review N.T. Wright’s book, Simply Christian. I explained how we starts by examining four echoes of a voice: the longing for justice, the quest for spirituality, the hunger for relationships, and the delight in beauty. These echoes don’t prove God’s existence, but they do point in His direction.

The second major section of Simply Christian focuses not on the echoes of God’s voice, but on God, something Wright says is like “staring at the sun” (p. 55). He does not enter into a systematic inquiry into the nature of God, however. Rather, he attempts to tell the story that reveals God to us. Simply Christian attempts something truly extraordinary: to tell the whole Christian story in only 85 pages. This story, according to Wright, “claims to be the true story about God and the world” (p. 55).
Notice that although Wright employs one of the major tools of postmodernism, namely story or narrative, he is not a postmodernist who believes that every story is more or less equal in value, and that no story is ultimately true. Wright tells the Christian story as the true story, thus aligning himself with Christian orthodoxy even as he seeks to communicate into a postmodern world of conflicting stories.
If you’re familiar with the Bible, Wright’s telling of the story will sound familiar, but it may be quite different from the core story many of us identify with Christianity. For example, I grew up with a succinct evangelical version of the Christian story. It went something like this:

God created us for relationship with Himself. But we sinned, breaking this relationship and earning eternal death. God, because He loves us, sent His Son to die on the cross for our sins. Jesus paid the price for our sin, thus opening up a way for us to be reconciled with God and to experience eternal life in heaven with God after we die. If we believe in Jesus, we receive the gift of salvation, and thus enter into eternal life. We can have confidence that when we die, we will be with the Lord forever. In the meanwhile, we can live in relationship with God and invite others to know God through Jesus Christ.

As near as I can tell, N.T. Wright believes every part of this evangelical story as I have just told it. But he does not believe it is the fundamental Christian story. Rather, it’s only part of a much grander Christian story. The “salvation from my sins through Jesus” story is true and wonderful, but not nearly as true and wonderful as the full story of God’s effort to save the world, in which the “salvation from my sins through Jesus” story makes sense.
It’s easy to see how Wright is skating on thin ice with some Christians. Though he seems to believe what evangelical Christians believe, his telling of the Christian story is different from what many evangelical Christians would tell. Without denying personal salvation and going to heaven after death, he does not make it the main point of the story.
What is the Christian story, according to N.T. Wright. It begins with God’s good creation, a creation in which God has a significant investment and participation. But this creation becomes corrupted through human sin. Rather than abandoning His creation, God chooses instead to redeem it, to “put the world to rights” as Wright often says. (He mentioned to me that he has learned that this phrase doesn’t work well in American contexts, but that he hasn’t come up with a better one. I suggested “putting the world back together,” which he agreed is more or less than same.)
How does God endeavor to put the world to rights? He begins by choosing a people to represent Him in the world, through whom He will redeem the world. This people, the children of Israel, do not complete the task, though they do prepare the way for the One through whom God will save the world: Jesus, Israel’s Messiah.
Jesus begins to usher in the kingdom of God through His earthly ministry. Yet this kingdom will not come until Jesus takes upon Himself the sin of the world by dying on the cross, through which God’s new covenant would be established. The cross is not some afterthought, some Plan B for Jesus when His kingdom message didn’t take. Rather, the cross is at the center of the coming of the kingdom. Here’s what Wright says, in summary, about the death of Jesus on the cross:

The meaning of the story [of Jesus’s death] is found in every detail, as well as in the broad narrative. The pain and tears of all the years were met together on Calvary. The sorrow of heaven joined with the anguish of earth; the forgiving love stored up in God’s future was poured out into the present; the voices that echo in a million human hearts, crying for justice, longing for spirituality, eager for relationship, yearning for beauty, drew themselves together into a final scream of desolation.
Nothing in all the history of paganism comes anywhere near this combination of event, intention, and meaning. Nothing in Judaism had prepared for it, except in puzzling, shadowy prophecy. The death of Jesus of Nazareth as the king of the Jews, the bearer of Israel’s destiny, the fulfillment of God’s promises to his people of old, is either the most stupid, senseless waste and misunderstanding the world has ever seen, or it is the fulcrum around which world history turns.
Christianity is based on the belief that it was and is the latter. (p. 111)

The Christian story does not end at the cross, according to Wright. In fact, were it not for the next part of the story, the resurrection of Jesus, there would be no Christian story to speak of. The resurrection, which Wright defends as a genuine event of history, not as some bit of wishful thinking or theological symbolism, did not so much demonstrate the divinity of Jesus as it showed that He was indeed Israel’s Messiah and the Savior of the world. Moreover, the resurrection shows us the something of the new creation,

introducing a world full of new potential and possibility. Indeed, precisely because part of that new possibility is for human beings themselves to be revived and renewed, the resurrection of Jesus doesn’t leave us as passive, helpless spectators. We find ourselves lifted up, set on our feet, given new breath in our lungs, and commissioned to go and make new creation happen in the world. (p. 116)

In order that we might fulfill this commission, the very Spirit of God lives within and among us, allowing us to experience something of God’s future yet to come and to bring this future into the present day, however partially. Thus we join God’s project of putting the world to rights, living by the power of God’s own Spirit.
How do I evaluate N.T. Wright’s retelling of the biblical story? Since this post is already plenty long, I’ll offer my evaluation in my next post in this series. 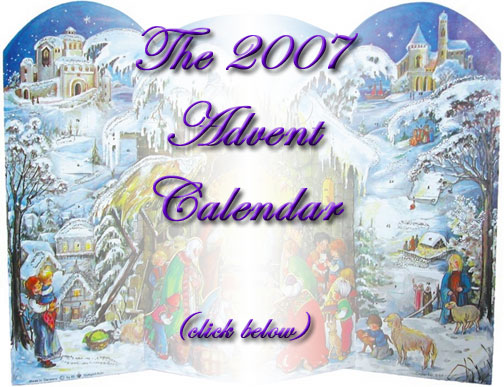