Laity Lodge and the People of God

To read this series, Why Move? Stewardship, Wineskins, and the Enigmatic Will of God, from the beginning, click here.

Since I grew up hearing the name “Laity Lodge,” I didn’t realize until recently that this name can be confusing to people. My nephew, when he first heard of it, thought I was going to work for “Lady Lodge.” (I have no idea what his eight-year-old mind pictured when he thought of Lady Lodge.) The voice recognition program I use sometimes interprets Laity Lodge as “Lady Large,” which paints an altogether different picture of its reality. In a skit during my farewell celebration at Irvine Presbyterian Church, church leaders enjoyed the implications of “Lady Lounge.” Finally they got it right: Laity Lodge.
 The “Lodge” part of Laity Lodge requires little explanation, though in fact the retreat center outside of Leakey, Texas, includes more than simply one building. It’s a lodge in the sense of many countryside retreats that include a complex of buildings for relaxation and recreation. (Photo: Laity Lodge is located in a canyon along the Frio River, about 12 miles north of Leakey, Texas. The white arrow points to the exact location.)
The Meaning of “Laity”
That brings us to the word “Laity.” Just for fun, I Googled “laity,” and came up with 3,490,000 hits. Laity Lodge came up third. The first two entries define “laity.” According to Wikipedia, “In religious organizations, the laity comprises all lay persons collectively. This can mean either any person who is not a member of the ordained clergy or of any monastic order . . . .” The second Google hit is the “Laity” article from the Catholic Encyclopedia. This article begins:

Laity
(Greek laos, “the people”; whence laikos, “one of the people”).
Laity means the body of the faithful, outside of the ranks of the clergy.

Here we see the etymological origins of “laity.” It comes from the Greek word laos, meaning “people.” This word is the source of the English word “lay,” which is sometimes used in the sense of “non-specialist,” even beyond religious circles. But I don’t think I’ve ever heard the word “laity” with this non-religious meaning. When one says “laity,” one means “the people of the church, not including the clergy.”
Laity Lodge
Laity Lodge is, at it’s core, a retreat center for the people of God. I should hasten to add that it is not only for non-clergy, because that would, among other things, preclude me from going there. In fact, Laity Lodge welcomes ordained pastors, often using them as retreat speakers.
But this retreat center is not primarily for the clergy. Rather, it is for all of God’s people. From a biblical point of view, the people of God, the laity, if you will, includes all believers, even those who have been set aside for particular tasks we associate with ordained ministry. I am a member of the clergy, and also a member of the laity.

Laity Lodge was founded in 1961 by Howard E. Butt, Jr. for the primary purpose of encouraging the laity in their ministry. At that time, most people assumed that clergy were called to “the ministry,” while lay people were not. They were to be recipients of the ministry done by ordained pastors, ministers, priests, preachers, and so forth. But Howard Butt had taken seriously the passages in Scripture that speak of ministry as something given to and required of all believers in Jesus, not just the few who had ordained credentials. As a layperson himself, a groceryman to be specific, Howard Butt had a vital ministry of evangelism and teaching. With the founding of Laity Lodge, he would focus his own ministry on encouraging and equipping lay people to be ministers of Jesus Christ.
Howard Butt’s effort to teach and inspire lay people happened, not only through Laity Lodge itself, but also through a wide range of ministries, including the Layman’s Leadership Institutes and the North American Congress of the Laity in 1978. He continues to advocate the ministry of all of God’s people through his writings and radio spots that illustrate The High Calling of Our Daily Work. But thus the ministry of Laity Lodge, like that of its founder, is both focused on what happens at the retreat center in the Hill Country of Texas, and spread out to impact church and culture in a broad way. What all of the particular ministries of Laity Lodge have in common, beyond a core commitment to the Triune God and a vision for multi-layered renewal, is a mission to empower the people of God to be ministers of God in church, in family, at work, and in every other part of life.
This mission is something to which I am excited to devote the next season of my life. I’ll explain why in tomorrow’s post.
read next post 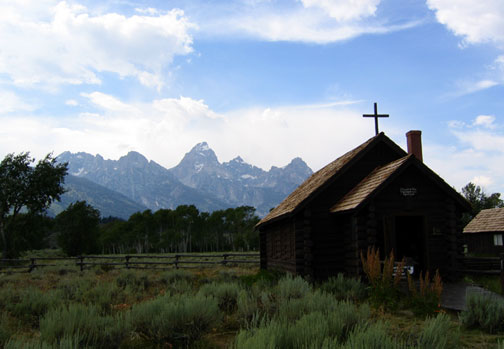