Can We Trust the Accuracy of the Oral Traditions About Jesus? 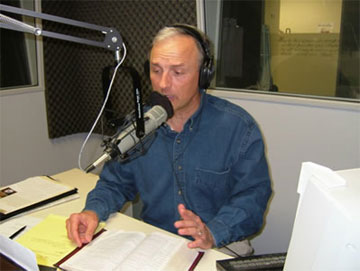 Today I did an hour’s interview with Greg Koukl, president of Stand to Reason, a Christian apologetics ministry. Greg is one of my favorite apologists, not only because he’s very smart, but also because he believes in careful and calm discourse. Over the years I’ve enjoyed listening to him on the radio.

The focus of the interview was the subject of my book, Can We Trust the Gospels?. This was an valuable interview, partly because Greg is an engaging interlocutor, and partly because he had actually read the book. (I do quite a few radio interviews, and it’s often obvious that those who are asking questions have little idea what’s actually in the book.)
In the course of our conversation, Greg focused on one of the crucial issues when it comes to the Gospels: oral tradition. It’s clear that Matthew, Mark, Luke, and John are based, at least in part, upon stories and sayings about Jesus that were passed down orally among the early followers of Jesus. This isn’t something scholars have made up. In fact, in the beginning of the Gospel of Luke, we read that the events concerning Jesus were “handed on to us by those who from the beginning were eyewitnesses and servants of the word” (Luke 1:2). The language of this verse describes the process of oral tradition.
Skeptics often use this situation to undermine confidence in the Gospels. “See,” they say, “the Gospels are based on hearsay, on faulty memories and imagination. How well do you remember what happened twenty years ago?” Most of us, especially if we’re over fifty, agree that our memories are not all that good. Does this mean we shouldn’t trust the Gospels?
Skeptics sometimes add fuel to their fire by using the analogy of the game of Telephone. That’s a game where one person writes out a sentence, and then whispers it secretly to the next person, who whispers it secretly to the next person, until it comes to the end of the line. The sentence uttered publicly by the last person is usually an obvious and humorous corruption of the original. “There you have it,” the skeptics conclude. “The Gospels can’t be trusted.”
In Can We Trust the Gospels? I explain why the Telephone analogy is a bad one. But during my conversation with Greg, I thought of an analogy that is much more appropriate if we’re going to understand why the oral tradition about Jesus is, in fact, reliable. Consider the following scenario:

You are diagnosed with terminal cancer. But your doctor gives you a ray of hope. If you can go and hear a lecture by a famed cancer researcher, you will receive information that will lead to your healing. So you go to hear the lecture. As it turns out, you’re the only one at the lecture. And you forgot to bring your notebook. When you ask if recordings or transcripts of the lecture will be made available, you’re informed that no recordings are permitted. So your task is to listen to the lecture and remember as much as you can. It’s your only hope.

So, how do you think you’d do? My guess is your mind would be finely tuned to what the lecturer says. Though you wouldn’t remember every word, you would certainly remember the main points and themes. After all, your life depends upon it.
This analogy helps us understand why the early followers of Jesus would have been inclined to remember accurately what He said and did. After all, they believed that He was not only Israel’s Messiah, but also the Savior of the World. They believed that His words were, literally the words of God. They would, therefore, be highly motivated to remember what Jesus said and did because, in a real sense, their life depended on it. This wasn’t some silly game of Telephone, but a life and death matter.
I think this analogy can help us grasp why the earliest Christians would have remembered and passed on the sayings and deeds of Jesus accurately. But the analogy needs some tweaking. I’ll expand it in my next post.

read next post
The House of the Virgin Mary?
archives most recent
More from Beliefnet and our partners
previous posts