Was Edward Snowden betrayed by the Guardian?

It is with regret that I pronounce a fatal truth 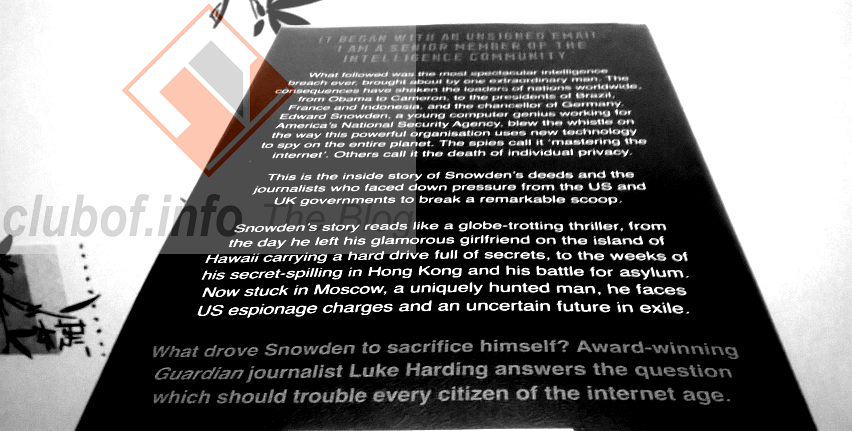 Of course, the difference between these two books is that one was written by Glen Greenwald, who is a close confidant of Edward Snowden, and the other was written by a Guardian journalist, Harding, who, apart from working for that publication, had nothing else to do with Snowden. Harding’s book first caught my attention due to it being a significant inspiration for a movie called Snowden, a thriller quite likely to be produced by Oliver Stone. I am quite eager to see Stone’s take on the Snowden drama, and can only hope that it is more accurate than the book it took inspiration from.

I had suspicions about Harding’s book from the beginning as I studied its arguments, although I tried my best to remain open to Harding’s account and perhaps discover some of the gems of rhetoric and insightful arguments he may have offered. What I found was disappointing, as I expressed in my review at The clubof.info Blog.

Since then, I stumbled upon WikiLeaks founder Julian Assange’s review of the same book by Luke Harding. He’s beat me to it. However, Assange made an even more relevant point than anything I mentioned in my review, which focused mainly on Harding’s obsession with Vladimir Putin rather than questioning the merits of his Snowden account itself. The Guardian has not behaved as bravely as Harding claims it to have behaved. While Harding spends time in his book attacking Assange, an exiled and persecuted dissident who sacrificed his freedom of movement to expose the secret misdeeds of governments, the Guardian caved in to pressure and consented to censorship. In doing so, it damaged its credibility to talk about the entire controversy surrounding Edward Snowden’s mass surveillance revelations. In essence, the Guardian has betrayed Snowden: something Assange emphatically demonstrates in his review. I myself am critical of the Guardian, although my criticisms focus more on how the publication has since shifted to become more of a cheerleader for the United States and its hostile arrogant foreign policy since the American regime’s incessant pressure for global censorship resulted in the Guardian having to destroy its hard drives. The Guardian‘s Ukraine coverage has also been dreadful and has amounted to cheering on neo-Nazis tearing the country apart and demonizing one side in a civil war.

Unfortunately for Harding, my final review of The Snowden Files is negative, and concurs with the review offered by WikiLeaks founder Julian Assange. I intend to submit my review of The Snowden Files to the Institute for Ethics and Emerging Technologies, although I am happy for it to stay exclusively available through The clubof.info Blog where it currently resides. Do not think all my writing is negative in orientation. I am very optimistic about the future. The world is undergoing an explosion of change that often results in ugly behavior by the world’s dominant government in Washington, but I believe the tides of liberty are destined to prevail.

That is the argument of my 2013 Catalyst book of techno-liberation, and the arguments I pronounce in that book are still at the heart of everything I write. Expect more.