Hypocrisy is an homage that vice pays to virtue.

I have just finished reviewing Luke Harding’s somewhat disputable 2014 book The Snowden Files, and I hope to tweet a link to the review soon. 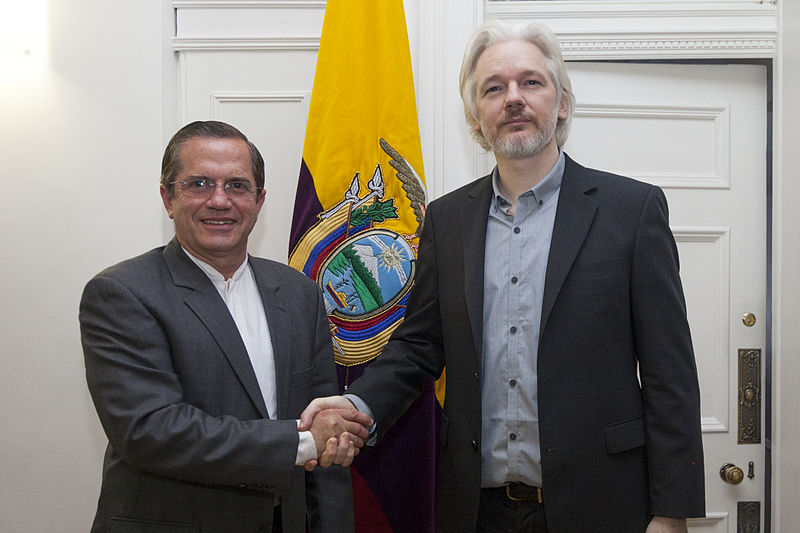 Russian propagandists? Oh wait, so am I.

I won’t surprise you by agreeing with the overall thesis of the book that Edward Snowden can’t be dismissed as a traitor or a spy and that the events surrounding Snowden’s whistleblowing show an emerging crisis of liberal democracy. Perhaps more severely in the United Kingdom than the United States (although I’d argue we British aren’t to blame for the Americans who exploit our “special relationship”, especially the part about us not having a First Amendment). However, I do have disagreements with some of the politics advanced by Harding via the book.

At times the book reads as if Harding begrudges the conclusion that the United States government has behaved wrongly, and tries to insinuate that the problem is not really the US government at all but the Russians and their “propaganda” spread by none other than Julian Assange. I find even insinuating such things to be at least out of context for a book aimed at addressing US wrongdoings. The mission statement of Harding’s book seems to be to pay lip service to concerns about the US government’s cavalier behavior raised by WikiLeaks and later Edward Snowden, and to quickly try to change the subject to how dangerous Assange or Putin are rather than the US government, usually by comparing the latter to the US government.

Assange is bizarrely likened to George W. Bush (the “with us or against us” quote is juxtaposed with odd readings of Assange’s behavior, almost as if arguing that he was the one who said it), Putin’s repression is bizarrely likened with far worse torture, disappearances and surveillance perpetrated by the US, and Harding then offers warped conclusions that Assange and Putin are somehow bigger problems than the very regime Harding is comparing them with. It is Harding himself who illustrates in the book that US repression is unprecedented and an assault on democracy, so it seems bizarre for him to try to then manipulate the reader to focus on the much lesser dictatorship of Vladimir Putin as the biggest problem in the world. Harding also insists that rather than the US being authoritarian or hypocritical, it is just “similar” to authoritarian countries, and also accused of hypocrisy by nefarious harpies and Assanges who can’t possibly be right. Somehow, Harding finds it too radical to actually conclude what his own analysis was screaming in his face: the US is authoritarian and hypocritical, and his book offers an overwhelmingly good case for both conclusions.

In Harding’s narrative, the Chinese and Russians, as well as Assange, are not right when they say the US is hypocritical, but pesky and annoying. According to the book’s conclusions, the US hasn’t done a good enough job of defending itself against the charge of hypocrisy – something Harding loyally feels compelled to do for the American defendants in absentia. “The Americans didn’t get anything wrong” – he doesn’t write that exactly,  but it is more or less the conclusion he leans towards. Nah, what they did get wrong was letting the American people listen to the evil Assange’s propaganda supported by Latin American, Chinese and Russian backers. The insinuation is that failing to shut Assange up or take his “Kremlin-funded propaganda” off air caused lots of people to think – wrongly – that the US was hypocritical (America has its own multi-billion dollar propaganda machine. Why is it so weak that it is overpowered by a single network with an alternative point of view!?) Harding is thus blissfully unaware of the very indictment he presented of the US surveillance state in his own book, in the end giving feeble or shy conclusions about the US government that ignore the overwhelming evidence he himself presented: the US government went way too far, and is not only on trial before the whole world but ready for the chopping block.

Harding pretends, rather unconvincingly, to not understand why someone like Assange would use the Russian state-funded RT network to express his views. The subtext is that it must be some kind of conspiracy, probably including Snowden too because he’s in Russia. The solution to this riddle mystifying Harding is actually obvious: the US and UK don’t allow Assange to express his views, Russia does. But this wouldn’t fit with Harding’s lies about Russia being authoritarian and refusing a platform for dissidents, so pretending to be an idiot is just about the only way Harding can escape such thoughts. It never ceases to astonish me how British and American journalists like Harding would dismiss Press TV or RT giving a platform to dissidents in the UK and US as shallow propaganda stunts. But they see no irony in their own networks giving a platform for so-called dissidents from Iran and Russia, and calling their propaganda “dissent” and “freedom” – even though the fake Russian and Iranian “dissidents” actually fled their countries due to criminal charges or their links to a previous failed dictatorship in their countries. Why are cowering oligarchs and criminals given a platform as “dissidents” in UK and US media, while freedom fighters like Snowden or Assange are dismissed as propaganda spectacles orchestrated by Vladimir Putin?

If revered western values of “freedom of speech” lead us to deny a platform to dissidents such as Assange living within our own countries, while we celebrate a few shahs, traitors and oligarchs in exile from Iran and Russia as legitimate dissidents, then we don’t understand the first thing about freedom – or speech. The reality is, Russian and Iranian media are doing more for freedom of speech in “the west” right now than the entire British and American media could ever hope to do, no matter how much money their private donors give them.

The British government will probably never encroach on my freedom of speech either, because I basically don’t criticize the British government. It has never been my intention to undermine the British government as I consider that all its wrongdoings were ultimately decided by American slave-masters and not by us. As The Snowden Files tells, the Americans even exploit the fact that we don’t have a constitution or a First Amendment of our own – using Britain as the model surveillance dystopia they ultimately plan to create in their own country.

Also, as I have repeatedly stated, in my theory of press freedom, true press freedom is only found when people are able to speak truth to power. It is not found in the form of sycophants or “courtiers” of the White House, who study all their lives looking for apologies on behalf of a regime, or people who use their freedom of speech to be cheerleaders for government repression and violence – the wars that exist when one country tries to subvert another country’s political system and force it to adhere to a flawed foreign constitutional model (in most cases democracy [sic]).

Lastly, anticipating that people will call me a hypocrite for using the US-created Internet and US-operated websites to express my views freely, this situation is in no way ideal to either me or the US government. The butter-fingered, greedy desire to control all information has backfired on the US regime, resulting in it failing to thwart freedom of speech for its opponents. It isn’t that US autocrats don’t want to silence an “Iranian/Russian propagandist” like me, or other critics of US authoritarianism – it’s that they can’t. They have all the legal and technical means to shut me up but don’t know where to begin. Power can only grow to a certain extent before it becomes sclerotic and immobile, and has nowhere to go.

Next, I’ll be authoring a review of Glen Greenwald’s (most likely better) No Place to Hide (2014). And eventually, I hope, I’ll be reviewing Oliver Stone’s much-anticipated thriller Snowden, itself based partially on The Snowden Files.

The war you never saw: the Press versus the Blogosphere
archives most recent
More from Beliefnet and our partners
previous posts