Under a government which imprisons unjustly, the place of the just man is also a prison.

The human rights group Cage has taken a lot of fire for saying Mohammed Emwazi, also called “Jihadi John” and an Islamic State militant with global notoriety, became a radical largely because of being unduly harassed by MI5 prior to his extremism. 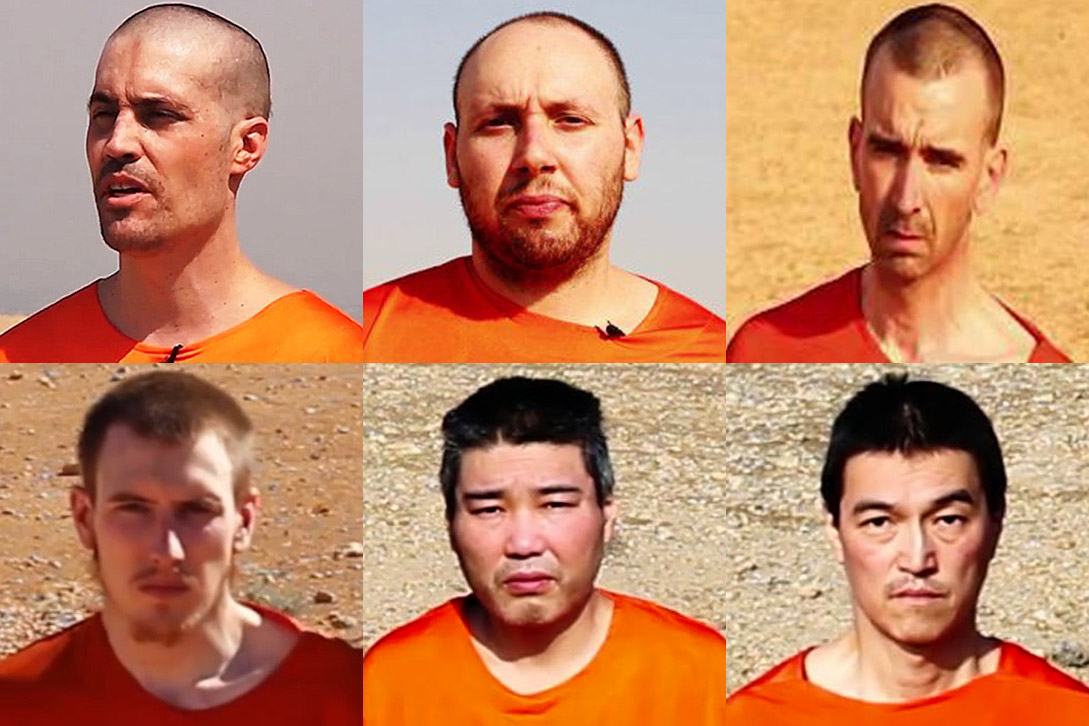 Islamic State hostages who were killed. Not a single effort was exerted by the British government to prevent their deaths, but the government still speaks of British citizens as if it cares about their lives rather than its own savage existence.

You can read Cage’s profile of Mohammed Emwazi here and its claims about Emwazi’s radicalization here. The British government actually emerged from the shadows to condemn Cage and other human rights activists who oppose indefinite detention, surveillance and torture of terror suspects, labeling them as “apologists” for Islamic State atrocities.

Apologists? I would like to point out that they merely suggested that his crimes were partially motivated by mistreatment and profiling by the British state, which is a legitimate claim.

It is time to start worrying about the state of democracy in Britain, when the state lashes out at pressure groups for suggesting that the security services’ misdeeds help motivate extremists seeking to exact revenge against the state. In the moral outcry against Cage’s arguments, Boris Johnson added his views, alleging that the security services “keep us safe” and advancing his opinion that it is abhorrent for anyone to question the actions of the security forces.

I have a question about the determination of the security services to “keep us safe”. Why is it that they are so bad at this? MI5’s attempts to stop terrorism have been pathetic, and the British government has made no effort to save any British citizens from Islamic State. Cameron’s government had a chance to negotiate the release of British hostages David Haines and Alan Henning and didn’t do anything. Perhaps it was too busy protecting cowards like David Cameron and Boris Johnson from the repercussions of their foolish and selfish foreign policy. A duty that I demand security forces take less zeal in, in the future.

Russian aggression, or a war no-one cares about?
archives most recent
More from Beliefnet and our partners
previous posts