Sending weapons for Ukraine to kill its own people helps “free people to defend themselves”, and other drivel

In a well-ordered state, freedom of the press must be unlimited for writers who monitor public officials.

Good news. One of my books, priced at Amazon, is available for free as a paper on Academia.edu. You can view it here, presenting a full compilation of my most significant reviews and essays responding to the theses on the political and social effects of decisive emerging technologies. 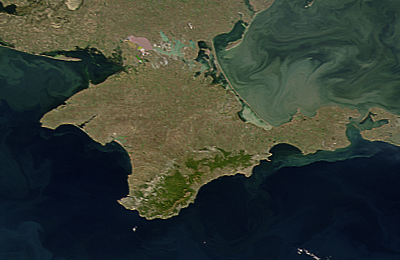 I would like to address the calls among some US political elements to increase US support to the government in Ukraine, specifically something Senator John McCain said.

@SenJohnMcCain Wow, McCain supports sending US weapons, not US troops, to a foreign country. #NobelPeacePrize for you.

First, how does sending armaments to any government amount to helping “free people to defend themselves”? Does McCain not realize that the separatists are the rebel faction on the ground in Ukraine? The ones who “defend themselves” are not government troopers and tanks deployed to Donetsk and Luhansk, but the general population who took up arms against the government. It seems that McCain defines self-defense as dropping bombs on anyone he dislikes without provocation, including unarmed civilians. This might help explain why his vision of a democratic uprising in Syria consisted of US bombs falling from the sky on undefended Syrian cities. Another criticism I have of McCain’s arguments is that sending US weapons to Ukraine is clearly not enough to actually change the balance. It didn’t make any difference in Iraq. As a military man and someone who argues for greater US involvement in Iraq rather than mere training and ammunition, McCain already knows just sending US weapons to Ukraine isn’t going to work. All sending US weapons to Ukraine will do is allow McCain to argue that this option has been exhausted and, therefore, US troops should be sent to the country to quell the uprising.

McCain isn’t a war hero, but a coward with no faith in the US military. Perhaps out his self-loathing after he surrendered in Vietnam, or because he was guilty of killing his fellow servicemen in the USS Forrestal Fire, McCain tries to belie his madness and hatred of other US veterans behind a curtain of false patriotism. He would like to mislead as many US soldiers to their deaths, to get them to share in his twisted misery, as he can. Having irrationally and obsessively advocated keeping US troops in Iraq forever, and consistently advocating the US should invade at least one country a year (including Iraq again), McCain seems determined to witness as many better men than him getting their limbs blown off as possible (as he did on the USS Forrestal). If he had been given the chance to be President, there can be little doubt that the US would have invaded country after country and have been fending off numerous Vietnam-type insurgencies all over the world.

It is curious to observe that McCain’s political and military biography curiously resembles Hitler’s: celebrated by his fellow soldiers, both men were taken away from their comrades for a long period during their military service despite their protests, and both later become obsessives spending the rest of their lives trying start the war over again, as if trying to compensate for their earlier incapacity and the sense of powerlessness it brought them.

Soon, I will have a new viewpoint article published as part of my column at Press TV. I won’t quote from the article right now, but my criticism in the article is aimed at media sources for their untenable and dangerous “what to do” suggestions about the Conflict in Ukraine. The most disturbing of such suggestions that I have encountered is that Crimea should be restored to Ukraine’s control. Because Russia considers Crimea to be part of its territory, I find it very troubling that anyone could lobby for Crimea to be blockaded, but that is what is happening. I was even disturbed to find one suggestion at the private intelligence firm Stratfor that Russia’s ferries and planned bridge to Crimea could be cut off by military attack in order to isolate and starve peninsula into submission.

In view of the above, I feel that tensions over Ukraine, and Crimea in particular, could produce armed conflict between the US and its allies and Russia. The refusal to acknowledge Russia’s interpretation of its borders puts the entire world on the edge of nuclear war. If this were a contest with a weaker country such as Iraq, the US could afford to dismiss Iraq’s territorial claims, acting in a condescending manner and announcing sanctions. Unfortunately, in this case, what the US has is a clumsy and unavailing policy that can only hope to provoke heavy retaliation by Russia. Sanctions and media condemnation may work to undermine Russian economic and diplomatic standing, but no Russian government will relinquish control of Crimea and any attempt to force that outcome will only be met with a crushing Russian military response, using nuclear weapons if necessary to protect a peninsula that the Russians consider to be the heart of their “motherland” while US leaders continue to believe it is part of Ukraine and a potential NATO naval port.

To the melancholy pundits and politicians who want to re-enact world wars over #Ukraine events: kill yourselves rather than the rest of us. — Harry J. Bentham (@hjbentham) February 4, 2015

I have no intention to die, or encourage others to die, for what Ukraine’s crazy leaders see as their national honor. National honor isn’t worth blood. The lesson of World War One and Two wasn’t that vulnerable states like Ukraine should be defended in the name of zealous nationalistic feelings. It was that they shouldn’t be defended, and that their integrity is worth nothing. When people visit war graves, they should think not of how those men died for our “freedoms” or “nations” but how they died for politicians long dead and backward concepts of loyalty that are no longer shared by society or compatible with modern humanitarian doctrine.

Wars are pointless and cowardly, nations are fictitious constructs, and the belief that heroes emerge from armed conflicts between so-called nations is a fraudulent one.

They're trying to break the Internet again, and Title II is still the solution
archives most recent
More from Beliefnet and our partners
previous posts