All regimes are illegitimate: the day after America’s End of History

By sealing our work with our blood, we may see at least the bright dawn of universal happiness.

Much of my attention this week has been on the unfolding civil rights calamity in the United States resulting from the Ferguson, Missouri decision not to prosecute police officer Darren Wilson. The popular will in America’s streets to stand up against this injustice has been a shining example of resistance to be emulated in other countries.

#FergusonDecision #protests are a legitimate cry for justice and freedom, based on #AmericanSpring model http://t.co/ADr7E2mOOr

I have no grudge with Officer Wilson. Of greater significance, the popular unrest that occurred in response to the decision drew attention to the widely criticized use of grand juries, which are seen as a “rubber stamp” and have only ever served whatever purpose was decided already by the government.

#Ferguson: A grand ‘jury’ is not a jury. It is a captive instrument of the government: https://t.co/PfPfxi9qyO pic.twitter.com/u7N6WMPr0b

Ironically, the failure to prosecute Wilson only further discredits the police and weakens their ability to do their job, as well as worsening their relations with the community. This leads me to the analysis of why the police are in a state of enmity with the public in locations such as Ferguson: illegitimacy.

The unrest has drawn attention to the total illegitimacy of police and security forces in many parts of the United States: something the US government can only be expected to ignore and dismiss repeatedly in the decades to come, maybe until its back is to the wall and it can’t even enforce the personal safety of regime officials in their own homes. If the law repeatedly fails to coincide with the wishes of the people, the law is illegitimate and the people are not at fault. This might make me sound like a bloodthirsty Jacobin, and that’s exactly why it is a basic tenet of modern liberal democracy: liberal democracy is Jacobin. The United States cannot expect to be perceived as a liberal democracy, and yet refuse to be governed by the will of the people and insist on unpopular manifestations of law enforcement.

One exercise that is useful is to compare the way the police and security forces react to civil unrest in the United States with the way they react in so-called autocratic states, namely countries like Ukraine (before the military dictatorship… I mean democracy… rode to power on the back of a tank) or Baathist-ruled Syria. In the latter, the state is greatly offended by even the mildest forms of protest. Negative depictions of the regime by journalists and bloggers result in persecution or detention, even torture. Acts of protest and civil disobedience are met with physical attacks by security forces almost immediately. In the United States, the regime uses a softer approach, but it is no less illegitimate and even worse for the overall survival chances of the regime. Theirs is a strategy of denial and withdrawal.

A city is struck by riots – as happened in Detroit in 1967 – or a natural disaster – as happened in New Orleans in 2005 – and the US government responds quite forcefully, but its forcefulness is limited. In the long term, the US government will not try to re-establish the respect that the authorities have lost from the public, or attempt to reconstruct community cohesion. Instead, they will withdraw or attempt to shirk responsibility, claiming that it is the responsibility of the more local state authorities. Less government spending will occur in the region affected, and there will also be flight of capital from the region (largely due to the damage to businesses in the rioting itself). Policing will continue, but in an increasingly adversarial fashion, treating impoverished and disaffected communities almost as if they are a foreign threat rather than a disenfranchised social stratum of American society itself.

We can predict that such a strategy of denial and withdrawal will take place in Missouri to a greater extent now, as the US government bitterly avoids picking up the pieces left by the disturbance. In shame, they will avoid confronting the hard truths of injustice and bad governance exposed by such rioting, fearful that trying to restore ordinary life would only pull out further threads from the fabric of the great America that so few are able to maintain faith in.

I would like to take a moment to clarify why I say the things I say, and to show that my critical view of the US regime and other so-called democracies is not hypocritical in view of more repressive states, but constructive for the cause of advancing both democracy and civilization itself. Because I don’t live under the jurisdiction of the Russian, Chinese or Iranian governments, I have no interest in changing their regime and no interest in undermining them. It is of no interest to me, one way or another, whether those regimes survive or not. That’s why I don’t bother to criticise them, and instead focus all my criticism on the United States.

The regime whose jurisdiction we live under in Britain is not our own, but the US regime. The US regime might not rule the whole world as it claims, but it does rule Britain. We can tell this by how effectively the US is able to leverage Britain’s (and Sweden’s) institutions to persecute its critics like Julian Assange, who is forced into exile at the Ecuadorian embassy here simply because the humiliated US leaders couldn’t stand the disclosures of diplomatic cables by WikiLeaks.

All regimes are illegitimate. I encourage everyone to undermine the regimes under which they live, and attempt to hold them to account. No regime should be above the judgment of the people, and regimes that pretend to rule by popular mandate are only all the more offensive to humanity than open dictatorships. No event would be more conducive to civilization than for the United States government’s institutions to fail and the regime to collapse completely, paving the way for ultimate freedom and anarchy. Such a transition to statelessness must be developed in the US before it occurs in any other state, for where else can Rome fall if not in Rome? It is my understanding that s0-called sociocultural evolution  in the United States filters through to Britain and Western Europe, so all alternative regimes and triumphs of peaceful statelessness must take their accelerated forms and manifest first in the United States. This is true whether we are talking about transcending the state through something as grand as Jacque Fresco’s Venus Project (pursued by the Zeitgeist Movement) or the Zero State’s VDP State, or simply the libertarian and anarchist visions of minimal or abolished state – all of whose values are carried among we, MONT bloggers.

The key to that turn of events is no single act of rioting or destruction in the US – no silver bullet. Instead, rioting and civil disobedience must be legitimized in the US, to forever expand the spaces that cannot be effectively governed in the United States and decrease the maneuvering room of the central government. Such steps pave the way for the eventual total collapse of all present norms of state in the world in favor of united and stateless order – something that is of maximum value to humanity if it first happens in the United States.

If it takes two more decades or three, evolution has selected America’s fate and the costs of that can now only be mitigated. The prices of withdrawal and ignorance in the face of injustice and lost social cohesion will be final destabilization and regime collapse, and we should welcome this change as part of our sociocultural development. 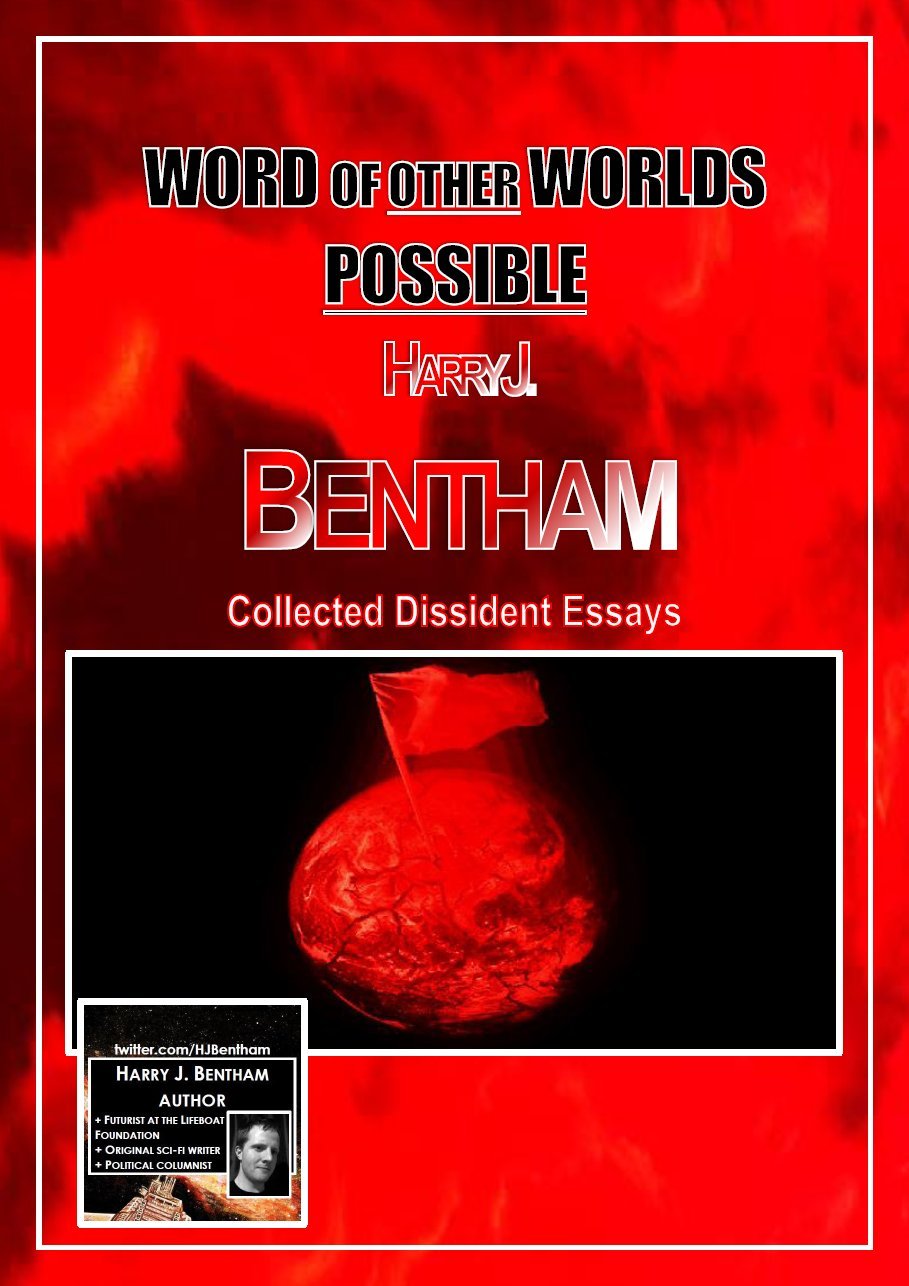 For more of my popular political commentary, I have collections of some rather more radical essays that can be easily downloaded and rated.

NATO: casting a nuclear shadow over humanity, subverting peace in our time
archives most recent
More from Beliefnet and our partners
previous posts