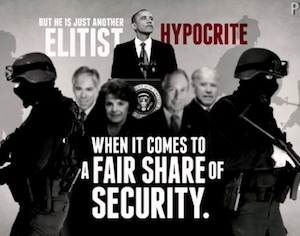 I’m sorry, but when, how, why and in what world, does the NRA have any say into what happens in our schools. Their push to put armed gunmen in schools is unfathomable to me.

Schools take considerable precautions today, ones we wish they didn’t have to. But really, if a school system feels the need to have an armed gunman in their school, let that be their decision, their choice.

The NRA has begun running public ads criticizing the President and calling him an ‘elite hypocrite’ for not endorsing their armed gunman plan, claiming that his daughters get armed protection, shouldn’t every child”  What? What kind of crazy is this? Ever President’s family has received secret service protection. And I have no desire to have the NRA speak on my behalf or try to represent me in any way whatsoever.

I am so tired of lobby groups trying to run our country – be it for guns, Big Pharma or GMOs.

We need to take back our country, we need to over turn Citzens United.  This needs to be a country that focuses on people not on corporations.

You may or may not agree, but in my opinion guns don’t belong in schools, because where does it stop? We had a semi-automatic massacre at a movie theater, so should we have armed gunmen standing guard there? We’ve had shootings at McDonald’s and Post Offices, why not armed gunmen there too?  The NRA wants to validate the presence of guns by defending against them with the presence of guns.  It doesn’t work for me.

No one has called for a total abolition of guns. In fact most people are asking simply for the current gun laws to be enforced, which the NRA fights against. There is however a call for reasonable access. If you are a hunter, or even someone who wants to defend their home; a shotgun or a hand gun is protection. A semi-automatic weapon, that’s a killing machine.

Christine Agro is a Mom, a Clairvoyant, a Meatphysical Expert and a Naturopath. She is the founder of The Conscious Mom’s Guide(TM) a free membership site dedicated to helping parents, grandparents and child care providers see and support their children as conscious beings. 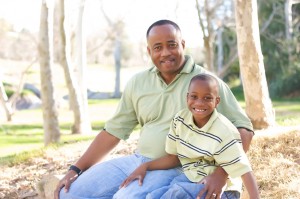 TUESDAYS NATURALLY: Reset Your Mind
archives most recent
More from Beliefnet and our partners
previous posts

Last year I had the opportunity to read iDisorder by Dr. Larry Rosen. (Interview with Dr. Larry Rosen) It is a book that explores the role technology has on mental disorders. But what I found most important in his book is the notion that our brain doesn’t ‘shut down’ when we turn off the computer, tv or […]