Celebrating The New Year With Your Child – What Will You Create in 2013? 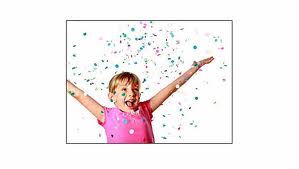 The New Year offers us both a time to reflect and a time to set out our intentions for the year ahead.

As adults we do this, but it’s great to get your kids in the habit of doing the same.

At the end of 2008 we decided that we wanted to buy a house and move out of New York City.

This was no small endeavor for us. We didn’t have a down payment, we had no cars, the move itself was going to be quite expensive, but we were certain it was what we wanted to do. On the eve of 2009 my husband, son and I stood in the living room (which was also our kitchen and dining room) of our Brooklyn apartment and we set out our intentions for 2009. We stated what we wanted to create – a home we loved, land, a pool, a dog, a fence, a barn for Chuck to paint in and the money to be able to make the move.

As 2009 moved forward we saw all of our intentions fall into place. An estate gift gave us the money for the down payment, a client needed to rehome a dog and we happily welcomed him into our family. We looked at more than 60 houses between July and December 2009 and finally found IT, a beautiful old Victorian Gothic on 3 acres, with a barn and a pool, already fenced in. Even when it came time for our move, my husband got a deal from a moving company, which made the move simple and fluid.

It’s great for kids to see that they have the ability to manifest and it’s even better to have things that the family works to create together.

As we move into 2013, take some time as a family to consider what you want the year ahead to be. What do you want to create? What do you want to experience? Then create a ritual through which you launch these intentions into the universe, to Spirit or to God, whatever you may believe.

I’ve also used flash paper – which offers more of a ‘poof’ then a ‘lift-off’ of the energy.

When setting out our intentions it is fun to focus on both small and large things. Sometimes it is easier to manifest the smaller things, where the larger things may take more time and more organizing as conditions line up.

It’s important to recognize when things we asked for manifest. Not in a ‘oh, my gosh, I can’t believe it’ sort of way, but in a ‘wow, setting out what I want to create, really does work!’ sort of way.

Why? It’s important because, if we sit in disbelief, we are questioning the ability to ask and receive. The more we acknowledge the manifestation of our intentions, the more we will be able to create in this way.

Christine Agro is a mom, a clairvoyant and a metaphysical expert. She is the founder of The Conscious Mom’s Guide a free membership site. Check out her new Worldwide Yearlong program for February 2013, The Ripple Effect Project: 365 Days of Positive Thought, 52 Small But Powerful Actions; 42 Life Changing Experiential Classes. This program will help you to create positive change both inside and out! 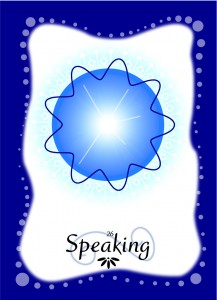