TUESDAYS NATURALLY: The power of Cinnamon 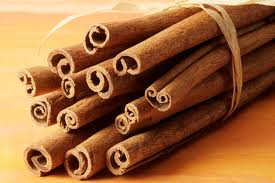 Cinnamon isn’t just for flavor. It has a powerful healing nature based in its carminative (ability to break up gas) and anti-bacterial and anti-fungal properties.

In ancient times, because of its healing properties, cinnamon was invaluable and considered as valualbe as gold or silver.

When we get sick today, we don’t think of our pantry as a source of healing, yet there it is, just waiting for us to recognize its powerful abilities to help us and support us.

When Caidin or I start to feel flu-ish or experience any kind of stomach upset, I brew up some cinnamon tea. Not only does it provide healing support, its wonderful aroma is emotionally uplifting.

Here are several ways to access the healing properties of cinnamon:

Diarrhea – Drink cinnamon tea to help relieve diarrhea. Both its ability to break up gas and it’s anti-bacterial/anti-fungal properties come into play here.

Combat E. Coli (Escherichia coli bacteria) – Whether present in intestinally or in the urinary tract, Cinnamon can effectively combat E. Coli as found in a 1999 Kansas State University study (http://articles.latimes.com/1999/aug/06/news/mn-63242). ‘Cinnamon contains a compound that has the ability to kill bacteria,” Daniel Y.C. Fung, professor of food science at Kansas State, said…”It has natural killing power…’

How to make Cinnamon Tea

Add honey ( not for babies under 1 year old) to taste.

Note: Cinnamon in high dosages can be toxic.

Join Christine for a four week tele-course on the Spiritual Side of Parenting. Learn the deeper reasons we are in our children’s lives and they in ours, learn ways to understand and see them, what they are working on and how to better support them from a conscious perspective. 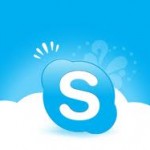