Unraveling The Fear Of The Unknown 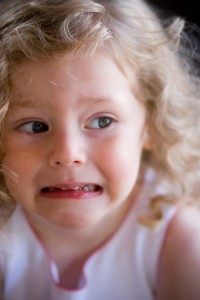 Over the last week there have been a few occasions where I’ve noticed that any fear Caidin has, formulates around uncertainty.

What’s interesting though, is that he doesn’t go to the worst case scenario, he just has the sense of fear.

For example he’s been having a hard time at school and he gets so upset so I asked him, ‘what makes you so upset?’ He said ‘I don’t know.’ So I started going through possible things that might be upsetting him and what it turned out to be was that he was afraid of getting in trouble. So then I asked him, ‘well, what’s the worst that could happen?’ He didn’t know, so again I started going through all the things that could happen if he got in trouble – none of which seemed so bad once we talked it all through.

Then yesterday, we had a big snowstorm and it just happened to hit as the kids were coming home from school. Yesterday was a ‘bus’ day for Caidin. At 3:15 the phone rang and it was Caidin. He was on the bus, it was snowing and they had a substitute driver who kept calling him Aidan Caron. Caidin told me he was scared. I asked him why and he said ‘what if the driver doesn’t know where I live?’ Having just gone through worst-case-scenario with him earlier in the week, the awareness was fresh, so I said, ‘the worst that would happen is that he would drive by the house, you would tell him that he drove by and he’d have to turn around to drop you off.’ ‘Oh,’ said Caidin.

Thinking back, this has always been the case for Caidin. He is afraid of the possibilities, but has no idea what those possibilities might be. Once they are laid out for him from best case to worst case, he is fine. When he was 3 he ran head first into the door jam and had an immediate egg shaped knot begin to grow. While my husband called the pediatrician, I was trying to put a potato (The Power of The Potato) on it and calm him down. He was beside himself, until I got a mirror and let him look at it. I realized then, as I do now, that for Caidin the panic and fear live in the ‘not knowing’. As soon as he has something concrete or tangible, he is fine, no matter what – whether that had been a gaping wound or the hideous knot that was actually there, he would have calmed down.

Take some time to consider your own child’s reactions and worries. Is it possible that they too will find peace once you unravel the fear of the unknown?

Join me at The Conscious Mom’s Guide, a free membership site designed to bring consciousness to every stage and phase of your life and your child’s life. 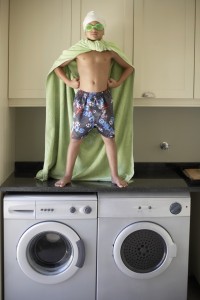 Caidin says, 'Don't let anyone make you feel smaller!'
archives most recent
More from Beliefnet and our partners
previous posts