Could You Survive with One Leg? 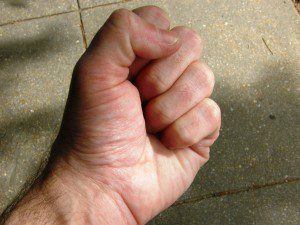 What holds you back from accomplishing what you want? It’s too hard? You don’t have the right contacts to help you? How would you feel about following your dreams if you had a real handicap, like having only one leg? That’s what Nico Calabria has faced his whole life. Born with one leg, he got tired of his prosthetic leg at thirteen and stopped using it. He practiced and got very good at doing almost everything with just one leg. Most people in his situation would limit what they’re capable of but not Nick! His tenacity and passion pushed him to achieve what many with two legs can’t!

Nick wanted to play soccer. I’m sure he wasn’t taken seriously when he began. After all, how can a guy with only one leg play a game well enough to be taken seriously? But he persevered and eventually played on varsity the soccer team at Concord-Carlisle High School outside Boston. People have always known him as the kid with one leg. But he’s also a huge inspiration. He says, “I don’t think of myself as someone with a disability. I think of myself as someone with a challenge, someone that is just continuing to do everything that I want to do despite the situation.”

So what’s your situation? What’s holding you back? Are you making it your handicap? Is it your excuse for not succeeding at something or going after what you want? We often let fear—of failing or getting hurt or most commonly, the unknown—build up obstacles that seem insurmountable. Nico’s situation would seem that way to most people. But he knew what he wanted and refused to let having one leg hold him back. Love yourself enough to push through obstacles instead of letting them stop you! Watch this video of Nico Calabria playing soccer and let him inspire you to go for your dreams. 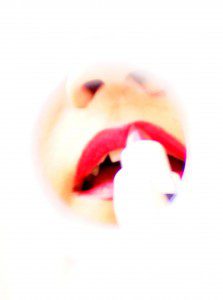