“You’re Cute” is NOT Sexual Harassment! 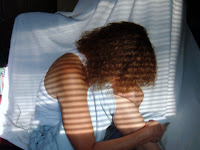 On The View this past Friday, Whoopi led the ladies in a discussion about a woman who was suing for sexual harassment after being told she looked cute. The alleged harasser didn’t touch this woman or make a sexual advance. She was obviously offended by receiving a compliment. But, is this really grounds for a sexual harassment lawsuit? I don’t think so!

I don’t know how the guy said it. Was saliva dripping in his words? I’d guess not. Was he eying her up and down? Perhaps. But I think that the term sexual harassment needs a makeover. Women need to be taught boundaries on when it is or isn’t appropriate to label an action that way. It can hurt the man being accused, whether he’s guilty or not. That’s not fair to the guy!

Women have come far on many levels. Laws have been passed to protect our equal rights and safety. But, using them indiscriminately by screaming “sexual harassment!” whenever a guy says or does something that rubs the wrong way sets women’s empowerment back by a heck of a lot! An empowered woman HANDLES a situation. Crying harassment and then going for the jugular is not much different than girls running to get the boy who teased them into trouble.

Whine! Whine! Whine! There are many appropriate ways to deal with inappropriate behavior that doesn’t involve lawyers and making a mountain out of the statements or actions of some ignorant men.

We’re not little girls. Being overly sensitive in response to comments or behavior that’s often not meant the way it’s taken does NOT create the empowerment women say they want. It’s more like revenge against someone who pissed you off. Going after this kind of revenge makes you a victim. And victims feel powerless. Looking for easy ways to hurt someone who annoyed you doesn’t empower you. It may make you feel vindicated right after. But there are more effective ways to handle situations without looking to destroy someone.

Crying sexual harassment doesn’t solve the underlying problem—dealing with your anger and feelings of being powerless.

Often cries of harassment reflect old hurts—memories of incidents that that may have left you feeling helpless. In my DoorMat days, I was afraid to speak up and alienate the one hurting me. I kept my anger just below the surface of my consciousness so I wouldn’t have to deal with it—smiling to my latest HIM, while raging inside. Laughing when men made sexual comments that made my skin crawl. Always afraid that if I spoke up, people wouldn’t like me. But when it built up too much, my anger reared its ugly head for teensy issues that didn’t merit it or at someone who didn’t deserve it.

Many women experience this. When you don’t feel good about yourself, you take advantage of what you can. Laws were meant to protect us from real harassment, not annoying statements or reminders of times when you couldn’t take action. When anger reaches the boiling point, the poor guy who thinks he’s giving a compliment—“You’re cute”—takes the brunt of it.

We can’t be like little girls who cry wolf whenever a guy makes us angry.

The little boy watching the sheep was lonely and kept crying wolf so he’d have some company. But by the time a wolf actually came, people didn’t believe him and were tired of running to his aid for nothing. So the wolf got him. It’s the same with filing sexual harassment complaints for little things. Eventually people will get tired of hearing about it and less attention will be paid to those who deserve repercussions for their behavior.

Complaining about everything can lead to people not jumping on situations that truly go beyond legal boundaries. Women won’t be taken as seriously if we scream harassment whenever a guy annoys us. We must break the habit of looking for revenge whenever buttons are pushed by men. There are other ways to deal with behavior that feels inappropriate. While the woman is entitled to feel uncomfortable with being called cute, there are better ways to respond than sexual harassment accusations.

If you experience comments or conduct from a guy that bothers you, please take these steps first!

* Ask yourself if what was said or done justifies possibly ruining his career or whole life. Even if he wins, the stigma of being accused comes at a high cost. Does the guy calling a woman cute really deserve that?

* Talk the situation over with someone you know is objective and more detached from the situation. Don’t talk to girlfriends with emotions that are like yours. They’re likely to get you more riled up with their own anger issues. If you can talk to a guy friend, all the better!

* Accept that men have been taught that women like to get compliments and their motives may be to make you feel good. “You look cute” doesn’t mean, “I want to sleep with you.” He may be innocently trying to say something nice. Or think you look cute and believe you’ll want to know.

* Accept that men from some cultures have terms they use for all women and it means nothing disrespectful. I once worked with some Latino men. They addressed me as sweetheart, and other expressions I just want to hear from a guy I’m involved with. It irritated me. But another woman who knew them explained that was how they spoke to all women. I still didn’t like it but it stopped grating on my nerves.

* Talk to him about it, nicely. Don’t act all upset and get in someone’s face or he won’t listen objectively. Ask him for a few minutes at a quiet time when you can speak alone, and explain why it bothers you. It may surprise him. Speaking without anger, an attitude or a critical/ complaining/ whining tone can make him more receptive to your needs. Nobody wants to listen to whiners and complainers, not even other whiners and complainers!

* Explain specifically why his actions bother you. Men need to understand things in more concrete and less emotional terms. Saying, “I don’t like it” or “that makes me feel yucky” solves little. Explain why it makes you feel that way. “I’m uncomfortable when a man speaks to me on a personal level because of how I was raised” or “it makes me feel like…” It will make more sense. He’ll be more likely to work with your needs if he understands them.

* Accept that men may not mind things that drive you crazy so they can’t relate to why it bugs you. I once ranted to a guy friend about how irked I was by a construction worker who yelled that I had a hot body and he’d love to get into my pants. My friend’s response? “I’d love a woman to say that to me. What’s your problem?” What we see as sexual harassment, many men see as cool behavior. When I explained to him w
hy it felt bad, I got a new level of compassion from him. Just stating that the behavior is wrong won’t fly with most guys, who’d love to hear a woman say he’s cute or hot. Hearing “I’d like to get into your pants” can make a guy’s day. That different mindset makes it harder for a guy to know what compliments are inappropriate.

* Give him a chance. If you tell him and it doesn’t happen again, let it go if it wasn’t a serious action. If he squeezes my breast, I’ll take immediate action. If he touches my arm, I’ll explain that I find it inappropriate for him to touch me. If he continues, then it becomes more serious.

I begin by trying to educate, not castrate.

Situations that may seem like grounds for sexual harassment can be turned around without lawsuits. It begins with changing your outlook from angry victim to empowered woman who can take control and stop the inappropriate behavior with good communication and a firm but positive attitude. Anger guides poor decisions, alienates others and keeps you unhappy. Getting your point heard, understood and taken in ways that motivate the guy to stop his behavior—hopefully with all women—is much more empowering.

I hope that the woman who doesn’t like being told she’s cute alters her position. Why get revenge when you can educate and possibly alter the offending behavior by speaking up effectively? That makes you a much more empowered person!