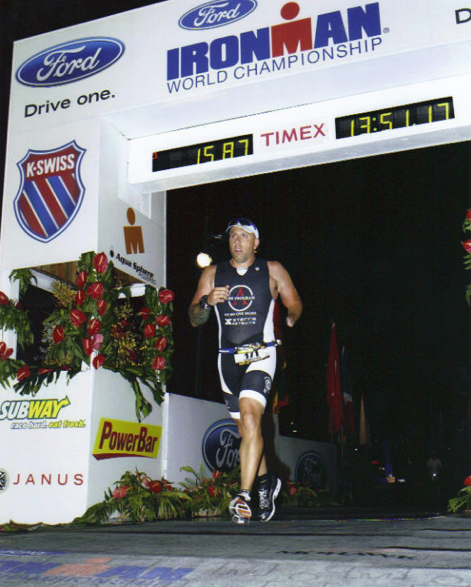 Inspiring Person: Sam Cila, a U.S. army veteran who lost his left forearm and hand while serving in Baghdad, is the founder of Multisport Soldier, an organization which encourages people to overcome adversity through speaking engagements.

Where He Came From: Cila joined the National Guard after 9/11, and was deployed to Iraq for one year. A roadside bomb blast blew out his left side, leaving his tricep and bicep in terrible conditions. He received over 40 surgeries to try to repair the damage. Despite fighting to keep and repair his original arm, Cila had to have his left arm amputated in 2008. After that, he says he was tasked with redefining himself as a husband, father, and athlete.

Where He Is Now: Cila became involved with Operation Rebound, a program that helps challenged athletes heal through sports. Operation Rebound helped Cila go on to compete in the Ironman World Championships, as well as many other marathons and triath

Lemonade Moment: “I probably lost a year and a half just being miserable,” Cila admits, referring to the time he spend alone before discovering Operation Rebound, “but as macho as you think you are, and you’re a U.S. soldier, you’re a fighting machine, this particular fight you can’t do alone.”

Make Lemonade Today: Reaching out and asking for help is just as important as giving help. Letting somebody know that you need them is like giving a gift. Is there something you are struggling with, but have been too proud to ask for help? Consider reaching out.

Thank you for visiting Lemons To Lemonade. This blog is no longer being updated. Please enjoy the archives. Here are some other blogs you may also enjoy: Most Recent Inspiration blog post Happy Reading!

MILKSHAKE,our daily email that features great finds that give back – including inspirational people, products, causes and companies making a difference in the world, today featured LEMONS TO LEMONADE!! Take a read below, and if you want to submit your own story to us, please do!When life hands you lemons, make lemonade. It’s a saying […]

Once sported exclusively by school kids, the backpack is making a major comeback. The two-strap style is kinder on your body and better for your posture than a tote, no matter how trendy or fashion-forward it may be. Fortunately, we’ve found the perfect bag that will fulfill all your day-to-day needs. Stylish, comfortable and it […]