“Enter to Worship…Leave to Serve”

In the gospels there is an account where Jesus is transformed – “transfigured” is the traditional word – on a mountainside. Jesus picked back up the glory that was once his before his incarnation. His body and clothes become brilliant with light and as “white as any bleach could clean them.”

Moses and Elijah, the great Lawgiver and great Prophet of the past, joined Jesus on that hillside as a booming Voice from heaven said, “This is my beloved Son, and I am fully pleased with him. Listen to him.”

Simon Peter, James, and John, three of Jesus’ closest associates, were witnesses to all of this. And Simon Peter was so enthralled that he blurted out, “Let us build us some shelters here and just camp out. Why should we ever leave?”

We, like Simon Peter, want to stay on the hillside and inhale the mountain air until we are lightheaded with euphoria. We want to live mountain top to mountain top forgetting that life is not so much lived among the clouds as it is gutted out among the suffering in the valley below.

You loaded up the teenagers on a hot church bus or in a couple of rented vans and drove them to the beach or the mountains for some high-powered spirituality. It was a lot like a camp meeting on steroids.

There was great music and testimonies by athletes or music stars telling us all how “Jesus had been so good to them.” And then there was a slick preacher who could compel all the sinners down the aisle to repentance.

All the kids either got saved, born-again, baptized, or “rededicated” their lives every summer. That was the goal. But my regret is that we set them all up for failure. By the time school started in the fall they were all back in the spiritual doldrums.

Before the baptismal waters were even dry on their heads, they had relapsed, and wanted to return to the mountain and peer into thePromiseLand. No one at camp, including myself, prepared them for the letdown that was coming: The trip down the mountain into the valley.

Mountaintop experiences are fuel for the days ahead, no doubt. But we cannot live in a perpetual state of spiritual ecstasy. We must let that fuel carry us into the world to serve, not to feel good about our personal religious experience.

That is where the second half of this story continues. Jesus and his disciples descend the Mount of Transfiguration and enter a cauldron of controversy. The disciples immediately engage in an effort to deliver a demon-possessed boy. It is not like a scene from the “Exorcist,” but frightening enough.

Here is this poor boy, possessed and oppressed; and the disciples of Jesus can’t do anything with him. The teachers of the law have gathered and are mocking the whole scene, and the father of the boy simply wants his son to get the help he needs.

This is what Jesus walks into, and no teenager leaving Bible camp could ever be more challenged. Jesus’ initial reaction is complete frustration: “You unbelievers!” he shouts, “How long must I put up with you.” And then he reaches out and heals the afflicted child.

Why did the disciples fail in their efforts to help the suffering? Because they had a translation problem. The disciples’ failure in mission and ministry was not for the lack of finances, building space, poor training, or lack of instruction. They were not converting worship on the mountain into compassionate action in the valley.

In the old sanctuary of my childhood there was a sign over the back door that I saw every week when I left church. It read, “Enter to worship. Leave to serve.”

If we’re not doing that, then no amount of time spent on the mountain will matter. 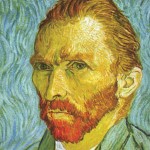