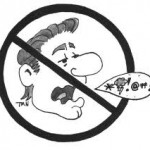 When I was growing up, church for me was not a social activity. It was not a weekly event or a spiritual distraction to assist you with the trials of life. Church was a non-negotiable obligation.

Sunday School, Sunday morning preaching, Discipleship Training, Sunday night, Monday night youth group, Wednesday night prayer meeting, choir rehearsal, revival, on and on: I had a drug problem from a very early age. I was drug to church every time the doors opened.

As the great Ferrol Sams puts it: “It was imperative that one be Saved. It was just as important to be Raised Right. The child who had been Raised Right was not only Saved but had spent a large part of his formative years in the House of the Lord. Methodists probably could be Saved, but there was a question whether any of them really had been Raised Right.”

A part of being Raised Right was to never – ever – use the Lord’s name in vain. It was rumored that some people of indescribable wickedness actually did use God’s name “in vain.” These sons of the devil attached a four-letter-word as God’s last name.

But for one Raised Right, this remained a vicious rumor, an urban legend too dreadful to believe. I had never heard such language employed: Until the summer of my twelfth year.

About a half-dozen of my friends and I were playing together on a hot, lazy afternoon. It was the kind of idle summer day that preadolescent boys use to get in trouble, and we did not disappoint.

We were playing with a knife. No real explanation beyond that is necessary. I will add only that this huge Rambo-style dagger somehow got airborne. It landed squarely in the center of Michael Holden’s right thigh.

He shrieked in pain, “God dammit!!!” The sun grew dark from the sixth to the ninth hour. The veil of the temple was torn in two. Time stopped. Five twelve-year-old boys slinked off to home without a word.

We left Michael sitting there with the knife piercing his Levi’s. We knew he would be dead by morning, not from a knife wound mind you, but by the hand of the angel of the Lord, who would strike him down in vengeance for sacrilege.

I’m not recommending you add this irreverent phrase to your regular vocabulary, but this is not a commandment against cursing, per se. If only it was that easy!

“Thou shalt not take the name of the LORD thy God in vain,” means “Don’t profess a faith in God with your words – invoking his name – and then betray him with your actions.” When we do that, we make his good name, vanity, useless, or worthless.

This is not about using the English word “damn” with God’s name, as much as we bristle when we hear or use it. It is a commandment against hypocrisy.

God’s name is so high and holy we don’t even know what it is. Not really. The ancient Hebrews wouldn’t even spell it out for fear of defaming him. It was too sacred to even put on paper so the scribes would leave out the vowels, leaving later readers to more or less guess.

The Hebrews understood that when you use God’s name as the umbrella over your life, your words, and your actions, be certain that your life, words, and actions, represent him properly. To do otherwise, is to take his name “in vain.” It is to defraud him. It is to be a hypocrite.

Hypocrisy usually raises its ugly head, not when we pray or in our houses of worship, but in how we speak to and treat others. The words aimed at others – God’s creatures – are indirectly aimed at him.

What we say about and to others can either glorify or defame the God we worship. The “sticks and stones,” to use the children’s rhyme, we throw at our neighbors, are actually being thrown at God. For how we treat others is the clearest testament of how we treat the One we worship.

If only honoring the third commandment was as easy as not saying a particular black-listed word. We’d have it beat. But living and speaking in a way that properly represents our Creator? I guess that’s what being Raised Right was all about in the first place. 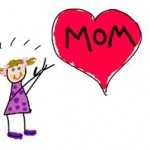 Love, Mom
archives most recent
More from Beliefnet and our partners
previous posts