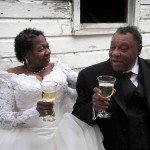 When I met him in the fall of 2005, Joshua Burton was seventy-five years old. On a walker, slowed by age, his caramel skin calloused by years of hard work, he still had the light of life in his eyes.

His “girlfriend,” Susie Ward was even more energetic. Having surpassed three score and ten years herself, you wouldn’t know it. She moved and laughed like a woman half her actual age. The life of the party she was.

After their spouses had died, these two future lovebirds struck up a great friendship and later a great romance. It was their plan to stick together for the remaining years they had on earth. So it was on Monday morning, August 29, 2005.

Josh had spent the night before at Susie’s. She lived in a sturdy little shotgun house, anchored deep in theMississippimud; a house she had lived in her entire adult life. This was the home where she had raised her children and where her first husband had died.

This house had survived more than a fewGulf of Mexicohurricanes, including the devastating onslaught of Camille in 1969. But Susie’s house did not survive Katrina. Joshua Burton and Susie Ward found themselves in a situation they never anticipated.

As the winds howled and the house shook, Josh swung his crippled legs off the bed in the dark of that morning to look outside. His feet landed in ankle-deep water. Hurricane Katrina had pushed a wall of water miles up the Pearl River, and now it washed over the town ofPearlington,Mississippi, from the north.

By mid-morning Josh and Susie were clinging to a porch post treading in eight feet of water. They prayed that God would somehow save them. Then, at the point of giving up, when Josh’s crippled legs could no longer keep him afloat, a life jacket popped from below the surface.

They clung to the bobbing house for the next six hours, and when the waters receded it took rescuers three days to find them. They were taken to separate hospitals, one inMeridianand one inJackson, and their families, thinking they were both dead, did not find them for two additional weeks.

As Josh and Susie were rescued, they made a promise: “If God will allow us to be reunited, we’ll be married and finish our days together.” That promise was kept.

On a cold December afternoon, as they were handed the keys to their new hurricane Katrina cottage by volunteers from Habitat for Humanity of Walton County, Florida, they voiced their vows of commitment one to the other in the front yard of their new home.

Buster Woodruff, aWaltonCountybuilder, rented Josh’s tux and gave Ms. Susie away. I was honored to officiate the ceremony as more than a hundred friends and volunteers – donors, designers, and carpenters – stood on the front porch of that new house as witnesses and participants in a fantastic celebration.

Here was this old man and this old woman, near the end of their lives. Why did they go to all this trouble? Because they could; they were alive. Grace had fallen down on them with the rain that stormy morning as they treaded water.

As they said their vows, twenty-five feet from their new home, caskets were still lying on top of the ground, burst open from the flooded cemeteries. More than 30,000 families were still displaced. The local economy was in the toilet.

These two could have sat around in a smelly FEMA trailer and pointed fingers and bemoaned how terrible it was – and it was terrible – inhumanely terrible. They could have assigned blame to this group or that group for why Katrina struck.

They could have even shaken an angry fist at heaven and blamed God for taking away more than he should have and putting on them more than they could bear. They didn’t do any of those things.

They, and their neighbors who had all lost so much, chose instead to get on with it. They chose to live the life they still had to live; to thank God for what remained, and to steal joy wherever they found it.

So thanks Josh and Susie for showing us the faith to press on in a world not yet redeemed. Thank you for keeping your promise. 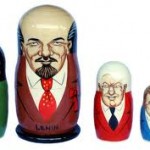