Tooling through the Deep South recently I saw an amazing sight. In a small town, tucked away between rolling hills and cotton fields, was a religious compound of sorts. At least that’s what I think it was.

The Landmark Baptist Encampment had obviously acquired the facilities of a long-discarded school. There, they had set up a refuge of sorts, an “encampment.” Not “camp,” not “campground,” not “retreat,” but encampment. That got my attention.

The place lived up to its name. The building and grounds were surrounded by a high chain link fence. The driveway was gated. Rolls of barbed wire were strung along the top of the fence. Large “No Trespassing” signs glared at passersby. It looked like a detention facility.

Maybe it was. I don’t know. Several very sad-looking children were sitting out front in the summer heat with long faces. They had the look of those who wished they were somewhere else – anywhere else – but there.

Now, the Landmark Baptist Encampment may be a wonderful place to camp, go fishing, ride horses, or do whatever happy campers want to do. It may be led by some of the most compassionate and kind people in all the South. All I’m saying is it sure didn’t look like it.

As the Encampment wilted away in my rearview mirror I couldn’t help but think how it was such a sadly accurate representation of so much of Christendom. Fences. Walls. Gated doors. “No Trespassing” signs. Keep out.

As a Christian I believe that Jesus was/is the Son of God. I firmly accept him as the true and living way, the exact revealer of who God is. And when I read the gospels, I find that Jesus was also one of the most welcoming personalities this world has ever received.

Tax collectors (We would call them extortionists, traitors to their country, the mob), prostitutes, drunks, addicts, the rabble that hung out in the wrong places and those whom your mother warned you about: Even these – especially these – were welcomed by Jesus.

Did this mean Jesus threw his arms around them and with a casual wave of his hand said it didn’t matter how a person lived his or her life? Of course not. But let it not be missed that the accusation the religious community always brought against Jesus was this: “He is a friend to sinners.”

Could such an accusation be laid at the feet of the church today? Would such an indictment stick? “See those people over there? They love and befriend sinners.” I wonder.

You don’t have to travel to an obscure campground to see religious “Keep Out” signs. The establishment is very good at sorting the sheep from the goats and the wheat from the weeds. “This one is in. That one is out. This one passes. That one fails. This one is approved. That one is rejected.”

Through careful examination and religious inspection, only those with acceptable morals, beliefs, and lifestyles are allowed in the door. This is all done, of course, with God’s blessing. For God is on our team. He is inside our fence. He authorized our “Keep Out” signs. Thus, to argue with the rules is to oppose God himself.

We can build fences, string wire, and lock the gates to keep out everything we find polluted, fearful, and threatening. In the end, we may succeed in this task. But what will we have gained if the world outside perishes, while we remain safe, comfortable, and pure?

People of faith must find a way to open the gates and remove the barriers. We must smile out at the world with hearts and faces of joy, not behind concertina wire, but with open arms and offered friendship.

Better still, we should leave our religious compounds altogether, and follow the example of our Lord. Jesus was found “out there” in the very “contamination” the religious community was trying so hard to distance itself from.

Like Jesus’ antagonists, there will be those who say such wall-destroying behavior is too risky, too compromising, too far out of bounds. I disagree. Tearing down our religious fences simply means our love for others is stronger than our insecurities and fears.

Being a “friend of sinners” is an accusation that Christians should wear as a badge of honor, for nothing could honor Jesus more. 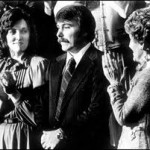 "Nobody Else Was Doing Anything..."
archives most recent
More from Beliefnet and our partners
previous posts