Turn the Other Cheek..All of Them 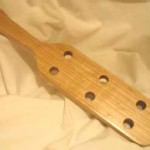 Jesus said, “If someone slaps you on the right cheek, offer the other cheek also.” These are some of the more knotty and uncomfortable words Jesus ever spoke. He seems to imply that his followers should be something like sponges. Our only response to injustice, we have sometimes been led to believe, is to grin and bear it.

When we are struck by a fist on the playground, we are to just take it. When sharp words lodge in our hearts at the workplace, we are to silently go about our business. When a violent husband assaults his wife in the bedroom, she should just accept it.  I don’t think this is exactly what Jesus is saying.

There is a subtle but important word in Jesus’ command that his original hearers would have understood well. It has been lost in translation to us. It is the word, “right.” If someone slaps you on the “right” cheek, offer the other one also.

It was how a master would treat a slave or a landowner would treat a sharecropper. It was the common approach of the Roman soldier in his treatment of the Jewish citizenry. It was how many a husband behaved toward his wife in that very chauvinistic culture.

When facing this kind of unjust humiliation, Jesus proposes neither an act of violent retaliation nor a humiliated cowering on the ground in submission. He offers a third way: Turn the other cheek.

Rob the aggressor of his power to disgrace. By offering the other cheek the Christian says to his or her antagonist, “I refuse to be humiliated. Try again.” This is a nonviolent, dignified resistance that exposes the act as unjust, and turns the shame back on the perpetuator of the violence.

This kind of non-violent, though uncompromising response, trumps the violent power of the world. By turning the other cheek the Christian is saying, “I will not lift a finger to hurt you in retaliation, but I will never back down from what is just and right.”

When I was in middle school we were always getting in trouble during P.E. I don’t know why; because in those days, not that many years ago, troublesome boys were not sent to In-School Suspension or assigned to detention.

The coach took you over to the water fountain. You gripped the sides of the thing, gritted your teeth and said your prayers as he commenced in lifting your heels off the ground via your backside with a wooden paddle. That was bad enough. But if you cried in front of your friends or the girls, well, it was an embarrassment worse than death.

On one particular day a fellow classmate of mine was accused of stealing something from someone’s locker. Before we knew it he was being dragged away to the gallows, uh, the water fountain rather, to face the consequences.

Now, this kid was no angel, but we all knew he didn’t do it. Not this time anyway. It seems that everybody knew he was innocent of the charges except the coach. When the boy got to the fountain of punishment he did something extraordinary – especially for a middle-schooler.

He dropped his gym shorts right there in front of everyone, including the girls who have such a magical power over adolescent boys, and he shouted in his skivvies, “I have nothing to hide. If you’re going to paddle me, it will be like this!” The coach couldn’t deliver the punishment.

The boy was wise beyond his years. He didn’t launch into a verbal tirade, take a swing at his accusers, or threaten to bring his parents to the school. Nor did he grovel on the floor and take the paddling as if he were guilty. He turned the other cheek – every cheek he had, actually.

We are called to turn the other cheek, not because it always works to disarm injustice or because it is always practical, but because it is the way of Christ. In following this way, it gives God the opportunity to act and speak, even in conflict, in ways we cannot yet imagine.