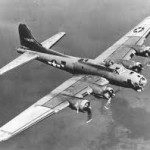 In his book, The Fall of Fortresses, Elmer Bendiner describes a bombing run over the German city of Kassel during World War Two. His B-17 Bomber was barraged by flak from Nazi antiaircraft guns.

That was not unusual. Routinely, if the word “routine” could be used to describe such harrowing feats, Allied planes were riddled with bullets and shrapnel. But on this particular occasion the fuel tanks were hit. Remarkably there was no explosion.

This was more than miraculous good fortune. On the morning following the raid, the crew asked the ground mechanics for the unexploded shell as a souvenir of their unbelievable luck.

The crew chief told them that not just one shell had been pulled from the tanks. Eleven unexploded cartridges had been retrieved. Only one would have been sufficient enough to blast the plane from the sky.

So, the persistent, now even luckier crew went to the armory to find the malfunctioned shells. There they discovered that Allied Intelligence had taken possession of them. There was no reason why at the time, but eventually the crew got the answer.

When the technicians at the armory opened each of the defective shells to defuse them, they found no explosive charge. They were empty, harmless, only blank casings. Except for one; this one contained a carefully rolled piece of paper, no bigger than a cigarette.

On it was a scribble of Czech. The Intelligence officers finally found an airman who could translate the text. Astonishingly it read, “This is all we can do for you now.”

At great risk, a Czech worker, under forced labor by the Nazi government was rolling powder-less shells off the munitions assembly line. He was doing all he could for the liberation of Europe, and saving Allied lives in the process. Bendiner and his crew were forever grateful.

A woman once came to Jesus bearing an expensive bottle of perfume. It was worth maybe a year’s salary. She broke it open and poured it out on Jesus. This was nothing short of a scandal.

This was a woman of ill repute, first of all. And to the witnesses in the room it was a wasteful, irresponsible performance, but Jesus saw the real value of her act.

This was an act of worship; a sacrifice driven by her devotion to Christ. Knowing his death was imminent, she was anointing him in advance for burial. That may sound morbid, but Jesus was moved.

He said, over the muttering crowd of onlookers thinking her foolish, “Leave her alone. She has done what she could. This act of worship will never be forgotten.” Fulfilling Jesus’ words, we’ve been telling her story now for two millennia.

Little things seem to matter most in Jesus’ scheme of things: A young boy with just a few scraps of bread and a can of sardines; an old widow woman with only a penny to drop in the offering plate; someone with faith barely the size of a jelly bean; a prostitute with a bottle of perfume.

Most of us, in our days of glorious youth, set out to do great things. We plan to cure cancer or travel to Mars. We hope to make a billion dollars or get listed in the Fortune 500. We anticipate political, artistic, or economic success.

In the end we experience disappointment or get downright jaded. Why, because we accomplished nothing? No. We just didn’t get to check some of the big things off of our to-do list; but this doesn’t mean we failed.

A public official may never be elected to the highest office in the land, but he can still work for the highest good of those around him. A physician may not invent the next great vaccine, but she can still care competently and compassionately for the patients that trust her.

A stay at home mom may have traded a profitable career for sippy-cups and Pampers, but she will still make a world of difference to the ankle-biters pulling on the hem of her blue jeans. A backwoods pastor may never fill stadiums like Billy Graham, but he can still marry, baptize, guide, and love the modest congregation under his care.

Do these unexceptional things and ordinary people matter? You bet they do; more to God than anyone else. So do what you can. God will take care of the rest. 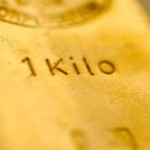