The Last Loaf of Bread 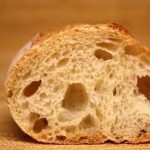 “If there was one last loaf of bread in this town it would be mine.” I swear that’s what he said. He being a rather pretentious member of the clergy, stating how God would take care of him should the world come unhinged tomorrow.

“Everyone else may starve to death, but I won’t. God has promised me that I will never go without,” he trumpeted. Astonishment flashed across my face like racing neon lights. I didn’t even try to mask it. In fact, I took a small step backwards and waited for the fire to fall.

But this strutting preacher quickly defended his statement by quoting Psalm 37:25 – “I have never seen the godly abandoned or their children begging for bread.” See, this fine man considered himself godly. Righteous. Virtuous. Favored by God.

Thus, no harm would ever befall him or his family. They lived the divinely-charmed life with no worries about the future for God had written him a blank check. “I’ve got God’s promise,” he kept saying.

The spiritual mathematics of this kind of self-confidence looks like this: “I am godly = I will always have what I need and never go without.” For him the corollary is also true: “If you are not very godly = You will not always have what you need, and you may go without.”

To hear him tell it, those who please God always land on top of the heap. Their cupboards are always full, their gas tanks never empty, their table always running over, and their checks never bounce. The reward for righteous living is a full belly.

But what about the godly Christians of yesteryear who did literally starve to death? Women like missionary Lottie Moon who gave her food away to the Chinese she served, only to die of malnutrition herself?

There is St. Lucian ofRome, and countless others like him, who was starved to death in a prison cell because he would not renounce Christ? Or the 2.5 million souls facing starvation inSudan, now as you read these words, many of whom are Christians?

And going without bread is not the only disaster to fall upon the faithful. Christians inChinasuffer daily under the ruthlessness of that regime. Believers living in radicalized Islamic countries are persecuted at all levels of society. Faithful followers of Christ, even here in the West, daily bear the economic and social consequences of living out their faith.

Is there something wrong with the faith of these people who meet trouble? Has suffering come upon them because they are unrighteous? Are they bad Christians? Is this the explanation for their misery?

See, I don’t think this little mantra will hold up for long; this idea that righteous living always leads to the good life. Countless numbers of good and godly people have suffered, have gone without, have been tortured, have been chained in prison, and have died by stoning, firing squad, holocaust, and worse.

Why? Because they possessed an inferior faith, a faith not big or strong enough to get them out of trouble? No. They suffered because of their good and great faith, not an absence of it. The writer of the book of Hebrews concludes that those who suffer this way are “too good for this world…and earn a good reputation because of their faith.”

Their stomachs didn’t growl because their faith was defective. On the contrary, they suffered because of their virtue. They met painful ends, not because God was against them, but because God was for them.

These heroes of faith weren’t standing behind a pulpit, in the midst of chaotic times, bragging about how the last bread truck in town was going to make a special delivery to their home, sent there by God himself. No, they led a life of faith, a life lived in scorn of the consequences, taking virtue as reward enough.

After leaving the man who had called dibs on the last loaf of Wonder Bread in town, I was left to wonder myself. “What happens to this kind of faith when the promised bread truck doesn’t arrive; when the pantry is found to be empty; when the last check bounces?”

I imagine a chink in this armor of belief makes for one hell of a crisis of faith. And it should. Faith that leads to arrogance isn’t faith at all. 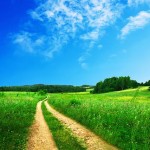