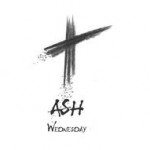 It’s Ash Wednesday and the beginning of Lent. Lent is the season of the year that many Christians use to prepare for Easter and the Holy Week. As an adult I have come to appreciate this time of preparation.

As a youth, this was not the case. Growing up in the free group Christian tradition, my spiritual mentors despised anything that resembled the “high church.” Candles, robes, prepared liturgies, seasons of the Church calendar – these were never given a place in our sanctuary.

Our worship was much more impulsive. Unstructured might be the better word. The pastor delivered his sermon with plenty of emotion and pleading, but without notes. To rely upon notes was to “quench the Spirit.”

Songs were sung by all, not by a few professionals. Prayers were offered extemporaneously by those in the congregation, never at a pulpit. A pre-programmed “Order of Service” was never printed. Such an act would have been anathema.

So I grew up thinking of Lent as something under your bed or picked out of your navel. That it was a sacred exercise in refocusing, an act of spiritual formation, was completely foreign to me. We had summer revivals for matters like that.

I’m a late-comer to Lent, but I’m glad to be here. I find this season of forty days to be invaluable in regaining my spiritual balance. Beginning with the black smudges crossed into our foreheads on Ash Wednesday, Christians are reminded of our frailty, our failings. We kneel before the altar, acknowledging our corruption.

We then enter the weeks leading to Easter with a spirit of repentance and humility. Some commit the time to prayer, attempting to be more reflective. Others are incredibly generous, following the alms-giving tradition of giving to the poor. Others fast during this period giving up certain meals, sweets, caffeine or alcohol.

All these acts mirror the spiritual preparation of the Christ we attempt to follow. Before launching public ministry Jesus went into isolation. He fasted in the desert for forty days and nights, wrestled with temptation and seemingly cleansed his body and soul.

The temptations portray Jesus going toe-to-toe with Satan himself. The enemy launches a three pronged attack inviting Jesus to forsake the role of the suffering, subversive servant and instead seize institutional power. The temptations hover around bread, religion and political power.

When Satan invited Jesus to turn stones into bread he was appealing to more than Jesus’ own hunger. He was pushing Christ to become a welfare king and miraculously feed the hungry masses of Palestine, turning them into an army.

As Jesus is provoked to sky dive into the temple square, Satan knew the entire religious system would bow before Jesus. This miraculous arrival would take advantage of the machinery of organized religion. Jesus could then marshal it without resistance, without rejection, without agony.

And standing on the mountain looking over the kingdoms of the world, Jesus was invited to use his power to snatch political dominance. Jesus again, and finally, refused to flex his messianic muscles.

Jesus chose to appeal to the hearts of the masses with the Word of God, not to their stomachs with bread made of boulders. He replaced demeaning religious institutions with justice, meekness and grace. He walked away from political power, opting for the path that led to Golgotha, where he would be crucified by the very powers he refused.

Many of our temptations can be viewed in the light of Jesus’ wilderness struggle; for we are always invited to take the easy way out. Why choose suffering over convenience? Why prefer the avenue of crucifixion when it can expediently be avoided? Why not show your strength, taking what you deserve, instead of humbly giving up your rights?

Why? Because surrender to a higher path is the path of Christ. Jesus never manipulated others, never played the games of the power brokers, never attempted to seize control of circumstances. He humbly embraced God’s will; a will that led not to earthly power, but to a cross.

If Lent does anything at all it should remind us that the Lord we claim to follow came to earth, “not to be served, but to serve.” He emptied himself of all his prerogatives and rights. He considered God’s way the better choice. We should do the same. 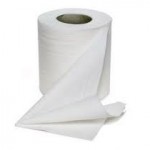