The “Will” of God 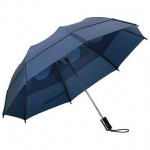 During World War Two the Nazis set up a camp where prisoners were forced to labor amid barbarous conditions. Prisoners were ordered to move a huge pile of garbage from one area of the camp to another.

The next day they were ordered to move the pile back to its original location. So began a pattern. Day after day this scene repeated itself. It didn’t take long for the impact of this mindless, meaningless activity to surface.

An elderly prisoner had an emotional breakdown. Another began screaming endlessly until he was beaten into silence. A third man, who had endured years of captivity, threw himself onto the camp’s electric fence and was electrocuted. In the subsequent days, dozens of prisoners went insane.

Their captors did not care. These pitiful prisoners were lab animals in a sick experiment to determine what happened to people when they were subjected to leading a life without meaning. The obvious result was insanity and suicide. So “successful” was the camp, they no longer needed to use the gas chambers.

In a strange way, this story explains the success of so many books and personal guidance gurus in our country today. The Best Sellers List is laden with the themes of finding meaning and purpose in life. We are told, and it is true, that we must find meaning in life or we risk breakdown and self-destruction.

We Christians are apt to talk about purpose and meaning under the broad umbrella of a single magical phrase: The “Will of God”. If I discover “the Will of God” for my life, if I can unlock that door, open that box, uncover that secret, then, armed with divine purpose and meaning, my life will be supremely satisfying.

There is some truth to this. But be warned: God’s will doesn’t always end with a bulging bank account, a platinum charge card, and a million dollar smile, complete with ongoing teeth whitening treatments.

Sometimes the “Will of God” ends in crucifixion. Sometimes the path of meaning and purpose leads to a cross. Just ask Jesus.

Hours before the crucifixion, Jesus knelt to pray in an old olive grove called Gethsemane. It was a dark, secluded place, almost haunting. And the only thing more somber than the garden was Jesus. He had come to what A.T. Robertson calls the “supreme crisis of his life.”

If you read the account you hear Jesus’ struggle. He’s not praying, using trite, churchy language. He’s begging God for mercy. The original language of Jesus’ prayer on Holy Thursday night is telling. In the Aramaic he addresses God as “Abba.”

“Abba” was a word of deep affection. Loosely translated to English it would mean “Papa” or “Daddy.” In the first century an orthodox Jew would have never referred to the Almighty in such a casual fashion. But here, in his hour of great need, Jesus full of emotion reaches for the heartstrings of God.

Jesus did not want to continue along this path toward Calvary. He did not want to do the “Will of God.” He hesitated and balked. He cried out, to paraphrase, “Daddy, you can do anything – even change your mind about the cross. That’s what I wish you would do.”

But his prayer didn’t stop there. In sublime surrender he submitted to the path God had for him: “If there is no other way than this – going to the limit and then beyond – well, I’m ready. Do it your way.”

In the end we all have a single choice between two things – only two. This choice is between who will be in charge of bringing purpose and meaning to our existence. Will it be us, the creations? Or will it be God, the Creator?

Jesus opted for the latter, even though the result was unequaled suffering. He modeled for us the life of purposeful, willing surrender when he said, “Not my will God, but your will be done.”

God’s will for Jesus was not the assumption of his father’s Nazareth carpentry business. It was not a legion of warring angels sent to deliver him. It was not a long life of populist preaching and wonder-working tent revivals. The prayer God answered was to give Jesus the resolute strength and grace to face what lay ahead. I pray he gives us all the same. 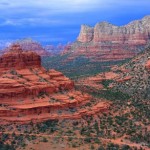