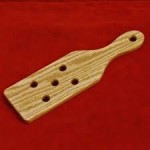 John Steele was my first principal. Broad-shouldered and tall, he was the kind of man you might see in football pads on Sunday afternoon, not one walking the hallways of an elementary school. To go with his massive frame, he had a thunderous voice and a tight little Zorro-style moustache. Long, curly black locks flowing down his back completed the intimidating package. Every day on bus duty, standing there on the sidewalk, he looked out across his world like some kind of god straddling Mount Olympus, ready to call down fire from heaven. And to a tiny first grader, he might as well have been a god, because holy smokes could he bring the fire.

See, it was rumored, though never truly confirmed nor contradicted, that John Steele possessed in his office an electric paddle. The story goes that he plugged it into the wall, let it warm up, and then summarily attached it to the seat of your britches. We all knew there was some kind of hellacious torture device behind his office door. What else could squeeze tears and wails from the eyes and mouths of the school’s most wayward little boys? But no one spoke openly about the matter. Sort of like those living in Harry Potter’s world afraid to say the name of Lord Voldemort, John Steele’s paddle was the instrument of punishment too terrifying to be named.

John Steele fit my elementary image and idea of God. In my imagination God was a tall, dark brooding figure with a deep baritone voice. Twisting the end of his moustache with one hand and twirling his paddle with the other, he watched over his world like an aloof school master on playground duty. Don’t play too long or too rough. It’s sure to draw his irritated attention. Don’t break the rules. He’s liable to break his paddle over your backside. And certainly don’t enjoy yourself or appear too happy. A smile on your face will be grounds enough for being dragged away for a beating.

Honestly, I don’t know who manufactured this idea of God and planted it in my mind. My parents, my own fears, my pastor’s sermons: I suppose all of these conspired together to give God this image. It’s taken me most of my adult life to shake it off. But now, I no longer believe that God is a bully. I don’t believe God is irrepressibly angry. I don’t think God is peering out of heaven waiting to thump us on the head with a big stick. I used to think this way, and worse, but not anymore. The infuriated-mad-as-hell-and-I’m-not-going-to-take-it-anymore God of my childhood just doesn’t match up with the God revealed to us in Jesus the Christ. Here was a man who, yes, could feel the passion and fire of anger.

But he never directed this anger at “sinners.” No, his ire was reserved, ironically enough, for the arrogance of the clergy, the church crowd, and the religious. This God revealed to us in Jesus is a gracious, barrier-breaking, party-inviting, sin-forgiving lover of men and women. This God doesn’t throw the unrighteous out on their ear. He invites them to the banquet table. This God doesn’t lock the door on his broken, prodigal children. He restores their place and dignity in the family. This isn’t a God clutching white-knuckled and angrily to a wooden paddle. This is a vulnerable God whose open hands were nailed to a wooden cross.

My image of John Steele was wrong. In adulthood I have found him to be wonderfully normal. He has hobbies, friends, a wife and family (I even baptized his nephew – weird, huh?).  And I discovered that he doesn’t eat kindergarteners for breakfast, and his paddle was never electrified. Refreshingly, he is someone you would love to have over to watch the game with and have a beer. To get to know my once intimidating principal I only had to get past my fears and suspicions. All those times he watched over us in the hallways and the cafeteria and the playground, his intention was never to punish or harm us. Rather, he had our best interests at heart. He actually loved – and still loves – the children under his care. In the end that’s not so hard to believe about principals or about God. 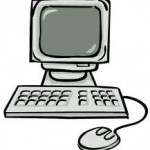