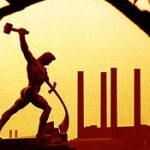 “Glory to God in the highest, and on earth peace, good will toward men.” So the angels sang on Nativity’s morning. Peace on earth? We haven’t seen much of that. In the course of written human history, there have been nearly 15,000 recorded wars and less than two centuries of peace.

Modern, civilized times have not improved the statistics. Of all the people ever killed in conflict between nations, 90% have been killed in the last one hundred years. The last century was the most advanced and most Christian in history. Yet it was also the most violent; a far cry from the angelic chorus.

Jesus said in the Sermon on the Mount, “You have heard the law that says, ‘Love your neighbor’ and hate your enemy. But I say, love your enemies! Pray for those who persecute you! If you love only those who love you, what reward is there for that? If you are kind only to your friends, how are you different from anyone else?”

In the face of military might, with a terrorist in every airport, nuclear weapons testing in Asia, and atomic ambitions in the Middle East, we are tempted to completely disregard Jesus’ words. Isn’t its useless to love your enemies in the context of a violent world where you must kill or be killed, where you must get them before they get you?

If we follow Jesus here, wouldn’t we compromise our way of life, our security and safety, and our well-being? But it is here that we arrive at the root of the problem: War and violence do more than take the lives of people. These take away our faith.

War promises us something we all deeply desire, something we want more than violence: Peace. War promises us, that in the end, when the last battle is fought and the last enemy is slain, we will have what we always dreamed of – utopia, prosperity, safety, a world without suffering, death or bloodshed; a world of peace.

Christ and violence offer the same thing. The two are competitors for our allegiance. And when we resort to violence, even to combat violence, we have left the path of Christ. We are trusting war to save us, to redeem us. And we are failing to trust Christ to keep his word to do the same. We are failing to follow the Christ child who came as the Prince of Peace.

How then should we live? William Willimon makes a great suggestion. As a starting point, if we can’t seem to love our enemies, then why can’t Christians at least agree not to kill other Christians? We are of the same family, worship the same Lord, are bound together by the same blood. Would that not be a great place to start?

“I’ll do what I can in the cause for security and for justice, but I’ll do nothing to endanger my fellow Christians.” What if that became the sentiment of followers of Christ? From there, it’s not a hard stretch to imagine Christians actually committing to not kill any other human being.

We cannot expect this fanatical idea of Jesus to be accepted by everyone. But Christians should wrestle with these words and hopefully, eventually, submit to them. Why? Because our allegiance is not, first and foremost, to a flag, to a country, to a military, or to a nation. Our primal allegiance is to the Christ child lying in manger and who now rules from heaven.

Oddly enough, this talk of peace may put us at odds with our neighbors, but hopefully it will put us in step with the person of Christ, who came to bring “peace on earth and good will to all.”

Leaving Salem...More Than Words
archives most recent
More from Beliefnet and our partners
previous posts