The Perils of Power

The following is an except from The Jesus Tribe, by Ronnie McBrayer, available today from Smyth and Helwys Publishers. 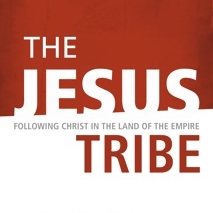 There is an ancient story from the Cherokee Nation that was used to illustrate the danger of getting too close to something dangerous. I first heard it as a child, though variations of the tale are found in most all of the world’s tribal societies.

A young boy who was soon to be initiated into manhood was making a journey through the forest. Walking along the path he came across a rattlesnake. The rattlesnake was very old, yet, there was enough life left in the serpent to speak to the young Cherokee: “Please,” he said, “can you take me to the top of the mountain? I hope to see the sunset one last time before I die.”

The Cherokee highly respected the rattlesnake, and great care was taken never to offend this chief of the snake tribe. So the young brave responded cautiously: “Mr. Rattlesnake, this I cannot do. If I pick you up, you will bite me and it will be me who will die.”

The rattlesnake answered: “No, my son; I promise I will not bite you. Just take me up to the top of the mountain as I do not have the strength to travel there myself. I must see the sun set a final time.”

The young man relented and very carefully picked up the old rattlesnake. After a while, he was able to hold the snake confidently to his chest as he carried it up to the top of the mountain. There they watched the sun set together. Afterward the rattlesnake turned to the young man and said, “Take me home now. I am very tired, and very old.”

The young Cherokee carefully picked up the rattlesnake once again and took it to his chest, tightly and safely. He came all the way down the mountain now accepting the snake as his friend. But just before he laid the rattlesnake down, the snake turned and bit the boy in the chest. The boy cried out in shock and pain, staggering backward to the ground.

“Mr. Rattlesnake, what have you done? You promised not to harm me! Now I will surely die!” he cried. The rattlesnake could only offer a sly grin with this slithering answer: “Ah, but you knew what I was when you first picked me up.” The lesson is obvious: Some things are best resisted by leaving them alone.

There is something dreadfully dangerous that the Christian church has been picking up for centuries now, something it can hardly resist. That something is power. It is a hoped for unification with Empire. It is the deadly idea that the church can use the state’s influence to accomplish its own mission without being bitten. Regrettably, it is not a new idea.

Not many decades after the first followers of Jesus died, someone decided it would be a good idea to join forces with the powers that be. After all, imagine how many people could be converted, helped, enrolled, and evangelized if the church was more powerful, more organized, and more efficient (such thoughts arise often). So the church went for power and won it in spades.

The coffers ran over with gold, people of influence (including the Emperor) began to seek the ministers’ approval on policy, the pews were full every Sunday, and as Vernard Eller observed, “When trying to move all the names from the ‘Pagan’ column to the ‘Christian’ column, they realized it was easier to switch the headings.” The Empire gained another tool of domination without changing a thing, and the church lost its unique identity and authenticity.

Thankfully, a growing number of Christians have begun to recognize that there is something suspicious about attaching a national flag to the way of Christ. In fact, it’s more than suspicious; it’s downright slithery.

For a follower of Jesus to come to such a conclusion does not mean a loss of love for one’s nation, but it means these followers will not marginalize the Lordship of Jesus. It means that some have chosen to be more committed to Christ than to the country, and an acknowledgment that the Kingdom of God cannot be brought to earth by the poisonous powers of the world.