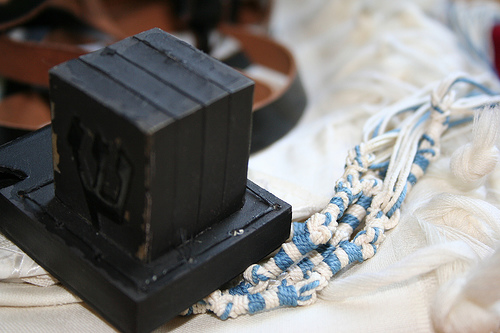 At Tablet, Victor Navasky has a warm recollection of rambunctious journalist Sidney Zion, about whom, in describing him, it would be a literary challenge not to use the word Runyonesque. At the end of the piece, Navasky notes that at Sid’s funeral, the rabbi pointed out that while not outwardly religious, Sid Zion put on tefillin (phylacteries) every morning. I thought that summed up a lot about this dear man and fiercely loyal Jew who died recently at age 75. Laying tefillin on head and arms signifies, at the simplest level, loyal dedication of your mind and might. (See Exodus 13:9, Deuteronomy 6:8 and 11:18.)
Why do I call him Sid? Normally, I don’t approve of referring to people by their first name if you don’t know them well. I met him just once, spent the day with him, and was enamored with him ever after. That was back in 1990 when John Podhoretz had just hired me as a feature reporter at the Washington Times. He sent me up to New York to profile Sid, who taught me one invaluable lesson. When we sat down for lunch at Gallagher’s Steak House, Sid gave a pained look to my little reporter’s tape recorder. “You should never use that thing,” he told me. “No one will loosen up and talk to you if you’ve got a tape recorder going.” Take notes on a notepad, if you must. I’ve followed that sage advice ever since.
I remember so clearly his talking to me in a certain distinctively Jewish fatherly way. In fact he was from the same New Jersey town as my dad, Passaic, born within a year of each other. “Oh the Klinghoffers, I know them,” he said.
Actually, he seemed to know everybody, everywhere he went. We spent that July day going from one old fashioned watering hole to another — Gallahger’s, the Yale Club, the Players Club, with a stop at J. Press to see about a sport shirt in between. He seemed pretty loose to me at lunch but kept getting looser as, sequentially, Bombay Gibsons turned to Johnnie Walker Blacks. By the end of the day, at the historic Players Club on Gramercy Park, he was greeted by a crowd of inebriated Jewish men with cries of “Hi Sid! and “Hi Damon!” (as in Runyon).
He told me, “I just like to hang out a lot. That’s when I find out what people are thinking.”
Later, “All men are Jews. Sartre said that. All men are Jews. I don’t know about women. If they were, we could marry them.”
Regarding Heinrich Heine, someone said, “He was always a Jew!”
“So was Jesus!” somebody else echoed.
When talk turned to Nelson Mandela, who was visiting New York and being hailed as the most morally exceptional person ever, the crowd became uninhibited and intemperate in their derision, to the point where Sid Zion felt that even without a tape recorder, this was no good for a reporter to witness. “I don’t want you talking anymore to these drunken Jews,” he said as we wrapped up for the evening.
read next post