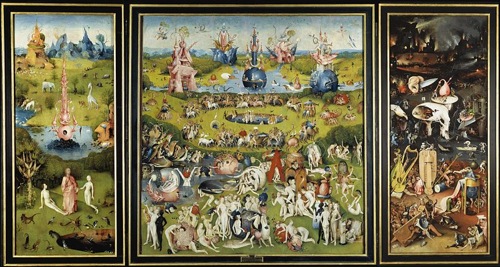 Some readers thought I was unfair in a previous entry explaining the difference between my perspective on evolution and that of my fellow Beliefnet blogger Dr. Francis Collins over at Science and the Sacred. Am I really not being fair? Well, let’s test that hypothesis by picking out one idea from Dr. Collins’s book and from his website BioLogos. It’s his treatment of the idea that somehow a moral law in every heart points us to the existence of God.
Because BioLogos — or theistic evolution, however we may designate the general approach — surrenders so easily to naturalism, it must be willing to accommodate Darwinism’s explanation of where that moral law comes from. Dr. Collins thinks radical acts of altruism may defy an evolutionary explanation, or maybe not. Thus quoth BioLogos:

Even if a purely natural account of moral development could be found, the simple fact that morality has evolved is something that would be expected in a world created by a just and loving God.

On the contrary, it would be another indication that religion is superfluous in our quest to grasp the answers to life’s ultimate questions. Dr. Collins merely holds it out as a possibility that an evolutionary understanding of moral development could possibly be solidified. But other prominent Darwinists seem confident, as Darwin himself was, that the evolutionary explanation is already in hand.
A recent forum “Evolution and the Ethical Brain” explored the issue in honor of Darwin’s 200th birthday. You can watch the video online or read the transcript. It was sponsored by the opulently endowed Templeton Foundation, which by the purest coincidence also funds Dr. Collins’s BioLogos. With New York Times columnist David Brooks leading the amiable discussion, three evolutionary scientists explored their conclusion that morality is a human capacity whose development is no more mysterious than the evolution of adult lactose tolerance.
Literally, lactose. The example was given by University of Virginia psychologist Jonathan Haidt. Dr. Haidt also said at one point that “[A]s we know from domesticating animals, in a few dozen generations you can create a new species.” Which is, not to put it too indirectly, an eyebrow-raising untruth. Nobody has ever generated a new species.
In any event, Professor Haidt’s thesis, agreed to by his colleagues in the Templeton forum and by David Brooks, is that the moral sense is really just like the aesthetic sense. It may itself be a kind of aesthetic sense. You observe an action, find it morally pleasing or repugnant, then generate reasons justifying your gut-level response. Some moral instincts go back as far as mammals do. Others are more recent developments — such as our “ideas about purity and divinity” which “are probably very, very new.”
Nothing in Dr. Haidt’s discussion points to anything transcendent behind those ideas of the pure and the divine. The same unguided, unplanned, unexpected process that gave many of us lactose tolerance also gave most of us a belief in God. The same process that gave each of us our individual tastes in art or food gave us our individual tastes in morality.
There may be hinted at here the broad outlines of a general body of moral guidelines. Some things — well, most people just find them yucky. Like chicken-flavored ice cream, for instance. Or incest. But other things are just a matter of taste. In the same way that it would be absurd for me to judge your taste in music as somehow violating absolute norms, it would be absurd to judge anyone’s moral ideas.
Most importantly, it would be absurd to judge yourself and your own actions by such a yardstick. How could a person ever justify telling himself no?
Far from my being unfair to anyone, these are inescapable extensions of the discussion at the Templeton event. From the perspective of theistic evolution, or BioLogos, I don’t see how they can be avoided except by wishful thinking. This is the road down which the surrender to naturalism eventually leads. It is the road to relativism.
For a group of academics with tidy, functional lives, the message may be harmless enough. Their gut tells them to continue being productive, orderly members of society. Lucky for them. For much of the rest of humanity, the same idea — Do what you feel! — if it were disseminated and truly taken to heart, would be catastrophic.
Incidentally, see this smart comment by Carol Iannone at National Review Online on the hopelessness of reconciling Darwin and religious faith. Sincere, believing Christian that he is, Dr. Collins still fails to see this.